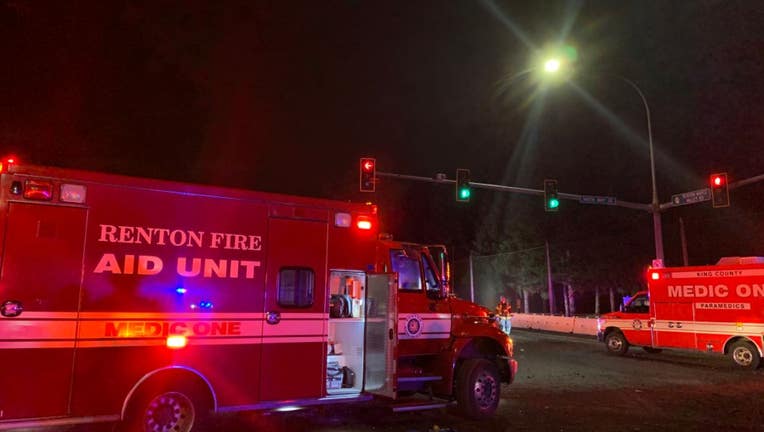 RENTON, Wash. - Six people were injured in serious crash involving a dump truck, a Metro bus and another vehicle in Renton on Thursday.

Renton Firefighters said one person is critical, two have serious but non-life-threatening injuries and two others have minor injuries. The condition of the last person is unknown.

The Renton Police Department later said on Twitter that a dump truck was traveling south on 140th Avenue Southeast toward the highway, struck two vehicles before hitting the bus, which then hit other vehicles. Photos posted by police appeared to show one side and rear of the bus badly damaged.

Roads in the area were closed and the Renton Police Department was at the scene investigating. Firefighters said their crews started to be released from the scene just after 7 p.m.