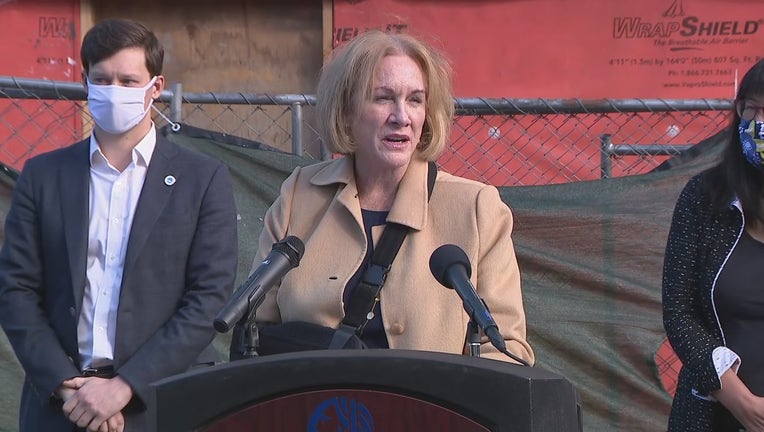 Mayor Jenny Durkan said at a news conference this week that Seattle is using federal COVID-19 relief funds for the purchase. (Q13 FOX)

SEATTLE - Three new buildings in Seattle with 165 studio apartments that were supposed to be rented at market rates will instead house people leaving homelessness and people at risk of becoming homeless.

The nonprofit Low Income Housing Institute will buy the buildings on Capitol Hill for about $50 million, with city and state housing programs sharing the cost equally, The Seattle Times reported. Seattle is using federal COVID-19 relief funds for their part, Mayor Jenny Durkan said this week.

The deals will house people quickly and cheaply, relative to the time and cost required to develop low-income projects from scratch, Durkan said. The three buildings should be occupied by the end of the year, according to the city.

"This is the fastest we have ever brought housing online," Lee said.

Tent encampments in parks and greenbelts have grown in Seattle during the coronavirus pandemic partly because the city has lacked shelter and housing spots, Durkan said.

LIHI will move people into the buildings from tiny house villages it manages for the city, which should open more of those houses for people living on the streets, Lee said.