It’s a long-running scam where someone poses as a parking attendant and pockets the cash from unsuspecting drivers. One Seattle man who saw it happening confronted the fake parking attendant with a video camera and saved one driver from wasting his money. 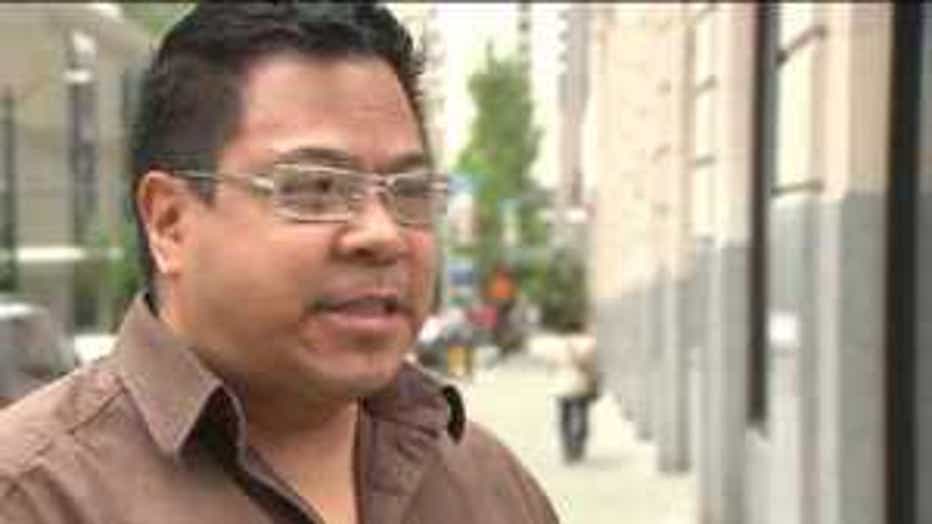 Michael Basconcillo decided to act when he saw one “pretendant” taking money from people parking in an automated parking lot. He said he sees tourists and the elderly buy into the lie too many times.

In a video he took that he put on YouTube, he confronts a pretender and tells him, “You’re not an employee of this parking lot.”

“It doesn’t matter,” the pretender replied.

“Yes, it does. You’re on private property,” Basconcillo said.

While most people who get scammed are out a few dollars, or in the worse-case scenario, they’re stuck with a ticket or towing bill, a recent incident at a downtown parking lot turned more aggressive and violent.

A police report filed June 8 said a woman went to park her car at a lot on 8th Avenue and Pine Street the evening of May 31. She was approached by a man posing as a parking attendant who told her he could help her with the parking meter that was giving her problems.

He then asked her where she worked and told her he could help her get a long-term permit. He later went to her place of employment, told her he had a monthly pass for her and how much it would cost. The woman then agreed to meet him when she got off work.

At 1 a.m., the woman walked to her car and was approached by the attendant, who asked her for money for the parking pass. She rummaged through her purse and felt something nudge her in the shoulder. When she looked up, she saw the man was holding a black, semi-automatic hand gun.

Stunned, the woman asked him “What the hell are you doing?,” but when he demanded her money, she dumped out her purse and handed over her cash.

The suspect then pointed the gun in her face again and told her, “You seem like a wholesome girl, like you might even go to church, so consider yourself lucky.” He then took off running from the lot and the woman got in her car and drove home.

The woman told police she waited a week to contact them because was scared. But after she made a call to the manager of the parking lot, who told her it was not the first time this had happened, she contacted police.

The suspect is described as a black male in his 40s wearing a khaki beanie hat, khaki shorts and a brown zip-up sweatshirt.