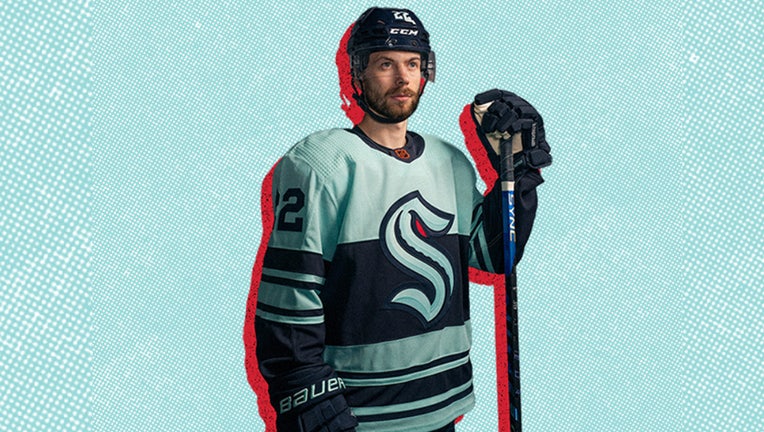 SEATTLE - On Thursday the Seattle Kraken unveiled their new Reverse Retro Jersey, which garners inspiration from a local hockey team from the World War II era.

Despite being a young NHL franchise, Seattle has more than 100 years of professional hockey history under its belt. According to an official press release from the Kraken, the team is honoring the Seattle Ironmen this year.

HISTORY OF THE SEATTLE IRONMEN 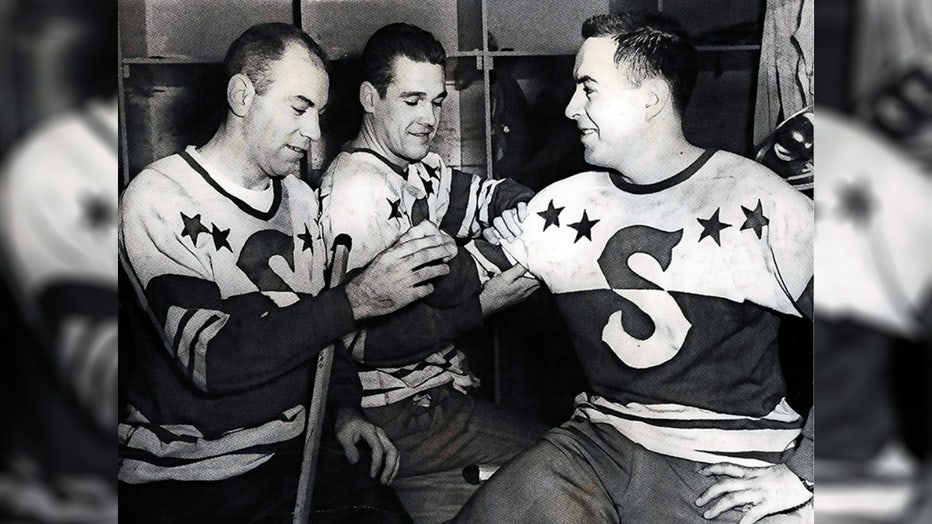 The Seattle Ironmen were first known as the Isaacson Ironmen, who played in the Northwest Industrial Hockey League in 1943-44 during World War II. Many of the players doubled as workers supporting the war effort. Off the ice, the Ironmen would join the machine shop and production line for Isaacson Steel, which supplied many products for West Coast Naval wartime shipyards.

After the war, the team renamed themselves, and the Seattle Ironmen joined the professional Pacific Coast Hockey League. They also earned a reputation as "the bad men of the Pacific Coast," known for playing hard-nosed, blue-collar, shoulder-to-the-task hockey.

The Ironmen played eight PCHL seasons with a winning record of 491-239-211. Two notable NHL players started their careers with the Ironmen. Goalie Al Rollins played for Toronto, Chicago and the New York Rangers in the 1950s. Defensemen Fred Shero went on to become a Hall of Fame coach for the Philadelphia Flyers, winning two Stanley Cups along the way.

The Kraken’s new jersey features the broad horizontal strip across the mid-chest of the uniform similar to the Ironmen. The Kraken’s color scheme is consistent with the team’s nautical design, with ice blue across the shoulders and chest, and the deep blue allowing the iconic "S" logo to shine through.

The Kraken themselves will wear the retro jersey for four home games this season, beginning on Nov. 13 against Winnipeg. The other home dates are Dec. 3, Dec. 30 and Feb. 23.

The Reverse Retro Jerseys are available for pre-order now, and can be purchased here.

Seattle Kraken CEO Tod Leiweke sat down with Seattle Sports Live's Aaron Levine for a one-on-one interview ahead of the NHL franchise's second season. Leiweke addresses everything from recent NBA rumors, to Sue Bird statue plans, to Kraken season two expectations, and the one-year anniversary of the Community Iceplex in Northgate.