Offensive lineman Chad Wheeler is facing felony domestic violence charges after allegedly attacking his girlfriend and choking her until she was unconscious.

KENT, Wash. - Seahawks offensive lineman Chad Wheeler was arrested Friday night after reportedly attacking his girlfriend and choking her until she was unconscious.

The attack was so severe that when police asked if she thought she was going to die, she said "I thought I already had." 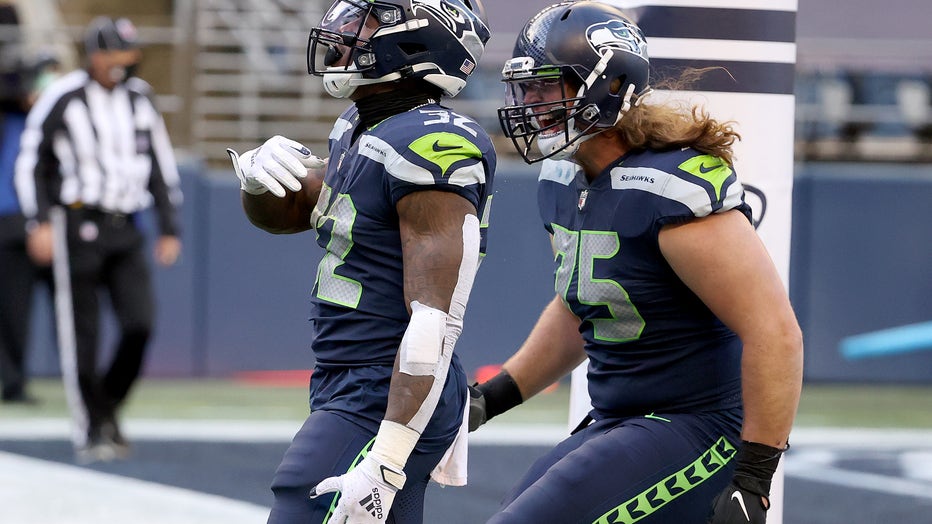 According to court documents, Kent police officers responded about 9:45 p.m. to multiple 911 calls reporting a woman was locked in a bathroom and "being killed."

Wheeler was reportedly uncooperative with police and then screamed "Sorry!" repeatedly as he was eventually detained. His girlfriend, who said she'd been dating Wheeler for about six months, was taken to a local hospital with a dislocated arm and a bloody nose.

She later told detectives that Wheeler was having a "manic episode" and out of nowhere demanded that she stand up and bow to him. When she refused, the 6'7", 310-pound football player allegedly grabbed her by the neck and threw her on the bed.

Wheeler reportedly strangled his girlfriend while also crushing her mouth and nose with his hand to prevent her from breathing. She said she was beginning to lose consciousness but tried to fight back. That's when he twisted her arm to stop her from resisting.

She said she wasn't sure how long she was unconscious. When she came to, Wheeler was standing near the bed and said, "Wow, you're alive?"

The King County Prosecuting Attorney’s Office requested a $500,000 bail, but the judge set bail at $400,000 and ordered Wheeler to surrender any weapons and have no contact with the victim. He has not been formally charged yet.

Wheeler has been a backup offensive lineman for Seahawks since 2019. He played five games this year and will now be a free agent.

The Seahawks organization said it is aware of Wheeler's arrest and is still gathering details about the attack.