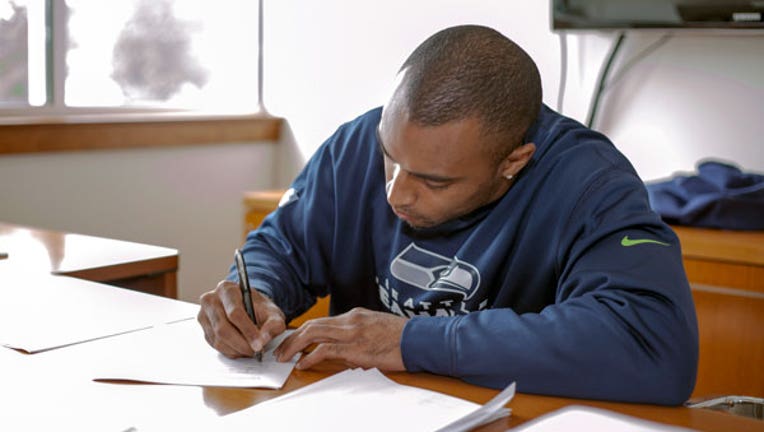 Baldwin, who led the Seahawks in receptions as a rookie free agent in 2011 and was the second-leading receiver on the Super Bowl championship team last season, had been tendered as a restricted free agent in March, but his new contract adds two more years to the deal.

Financial terms were not released, but ESPN.com's Terry Blount, citing a source, said the deal will pay Baldwin a minimum of $16 million over three years, and possibly $19.5 million overall if incentive bonuses are reached.  Baldwin was scheduled to make $2.2 million this season as a restricted free agent.

“Obviously I’m extremely blessed and fortunate to be in this situation,” Baldwin said moments after signing his contract. “But at the same time, this is not the end of anything. To me, it’s not really accomplishing anything. It just comes with the territory.

“My ultimate goal is to be in the Hall of Fame. So this is a stepping stone to get there.”

Baldwin signed with the Seahawks after he failed to be selected in the 2011 NFL Draft.

He has been at voluntary OTAs all week, making good on his promise not to hold out. Baldwin secured 50 catches for 778 yards and five touchdowns in the 2013 season.

“Doug has been a tremendous player,” coach Pete Carroll said after the practice. “When you go back and look at the last few years, and look at the significant plays that have happened, he’s been a part in a lot of big stuff. He continues to always be at the front of making everything happen.

“He did it again today. He had a great day today. He’s just such a great worker and such a disciplined competitor that he brings it every chance he gets and it shows.”