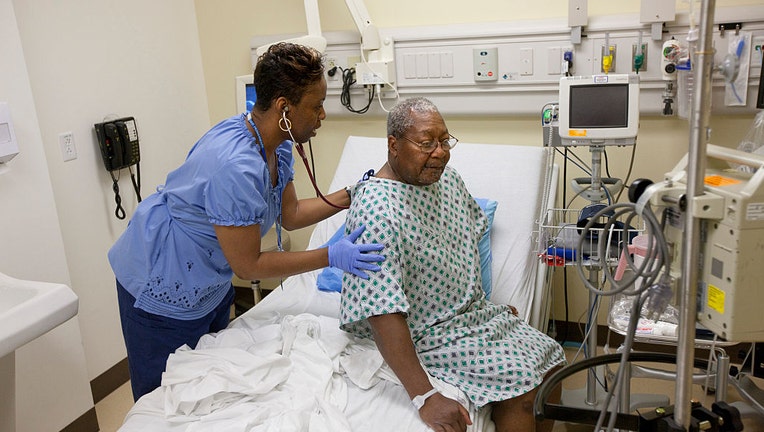 Cancer is one of the leading causes of death in the U.S., and a new study takes an in-depth look at the number of cancers detected by screenings nationwide.

The NORC at the University of Chicago, a nonprofit research group, released a new report revealing only 14% (1 in 7 cancer cases) in the United States are diagnosed after a person has a recommended screening, while most cases are detected when symptoms arise or detected through medical care.

For the study, NORC researchers examined the percentage of cancers detected by screenings. When cancer is found in the early stages, the NORC notes survival rates are four times higher compared to late-stage detection.

The study collected data to examine the percentage of cancers detected by screening (PCDS) with a focus on four cancers: breast, cervical, colorectal, and lung cancer which the NORC says accounts for 37% of all cancer deaths in the U.S.

Prostate cancer is documented in the report but has a PCDS lower than the other cancer types because this screening isn’t broadly recommended by the U.S. Preventive Services Task Force due to overdiagnosis, according to the NORC.

In the report, NORC researchers created a model to calculate the percentage of cancers detected by screenings each year using 2017 data from the National Cancer Institute, the National Health Interview Survey, the Centers for Disease Control and Prevention’s Behavioral Risk Factor Surveillance System, and studies evaluating the rate cancers are detected.

Based on their findings, the NORC noted that the percentage of cancers detected by screenings varied across the four cancer types: breast cancer accounted for 61%, cervical cancer was 52%, colorectal cancer was 45%, and lung cancer was 3%, and 77% of prostate cancers were detected through screenings.

Additionally, the report also evaluated rates of cancer found during screenings for each state. According to the study, states with the highest percentages of cancers detected by screenings were Arizona (16.8%), New Mexico (16.6%), and Florida (16.2%). Arkansas and Louisiana had among the lowest, both at 12%.

"Cancer treatments have vastly improved over the last few decades, but the health system’s ability to screen for cancer, which is essential for early diagnosis and effective treatment, still has a long way to go," Caroline Pearson, senior vice president at NORC at the University of Chicago, said in a statement. "There needs to be more screening options to catch more cancers and improve outcomes for patients."