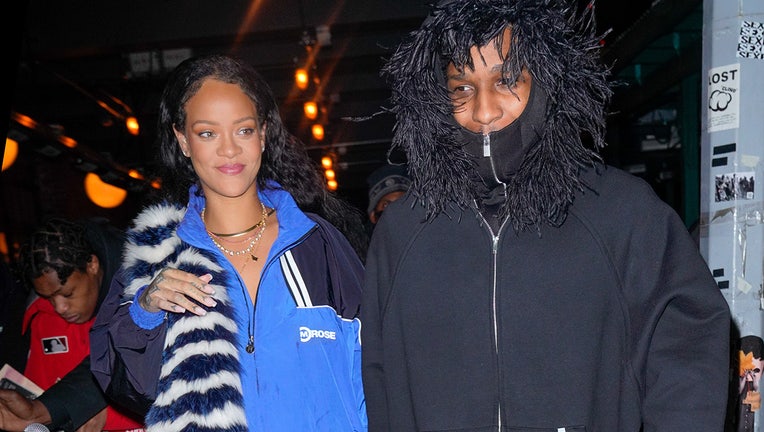 NEW YORK - Rihanna and A$AP Rocky took an epic stroll over the weekend in snowy New York to reveal she's pregnant with her first child.

Despite the frigid temperatures, the 33-year-old "Diamonds" singer and fashion mogul showed off her bump in a long open pink coat and jeans as her boyfriend beamed by her side in Harlem, which is A$AP's hometown.

In one photo, the two hold hands with smiles on their faces In another, he kisses her forehead. Her bump was well adorned with a long jeweled necklace.

Rihanna spoke of motherhood in 2019 at her fifth Diamond Ball in New York City: