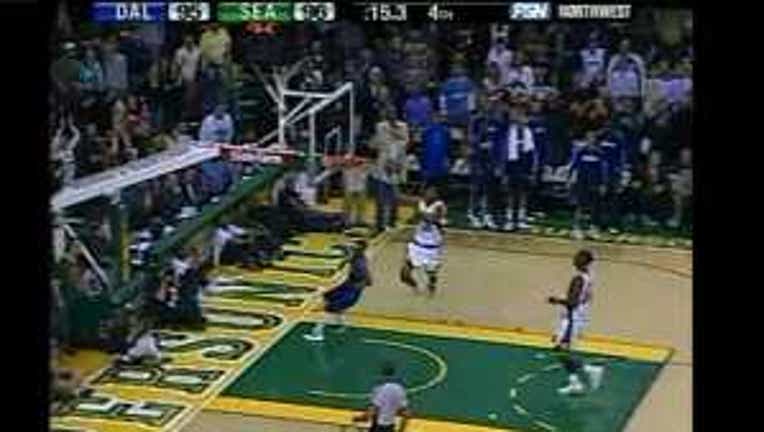 SEATTLE – It’s almost a done deal. The owners of the Sacramento Kings, the Maloof family, has agreed to sell the Kings to Chris Hansen’s investment group, and the team could start playing in Seattle next season.

But it's not officially a done deal until the NBA Board of Governors approves the sale. That would likely happen at the next board meeting in April.

“We are happy to announce that we have entered into a binding agreement with the Maloofs to purchase a controlling interest in the Sacramento Kings NBA franchise. The sale is obviously subject to approval by the NBA Board of Governors, and we look forward to working with the League in the coming months to consummate the transaction.

"While we are not at liberty to discuss the terms of the transaction or our plans for the franchise given the confidential nature of the agreement and NBA regulations regarding public comments during a pending transaction, we would just like to extend our sincerest compliments and gratitude toward the Maloof family. Our negotiations with the family were handled with the utmost honor and professionalism and we hope to continue their legacy and be great stewards of this NBA franchise in the coming years and decades.”

Hansen and his group of investors, which includes Microsoft CEO Steve Ballmer and the Nordstrom brothers, will buy 65 percent of the Kings, at a franchise valuation of $525 million. That means Hansen and his group will spend about $340 million to buy the controlling interest of the Kings. They will file for relocation to Seattle by the NBA deadline of March 1.

ESPN also said Hansen’s group will give the Maloofs a non-refundable $30 million deposit by Feb. 1.

The Maloof family also released a statement, thanking Hansen for his professionalism during the negotiation. It goes on to say they have “always appreciated and treasured our ownership of the Kings and have a great admiration for the fans and team members.”

It was confirmed on Monday morning that the NBA Board of Governors received the proposal Sunday night and is reviewing it. In a statement released by the league, the board said:

"The NBA received an executed Purchase and Sale Agreement for the transfer of controlling interest in the Sacramento Kings from the Maloof family to an investor group led by Christopher Hansen. The proposed transaction is subject to the approval of the NBA Board of Governors and has been referred to the Board's committee process for review."

Sacramento Mayor Kevin Johnson is now scrambling to put together a counter-offer --  complete with a financing plan for a new arena -- that could keep the Kings in Sacramento. Johnson expects to present his proposal to the NBA Board of Governors' meeting in April, which could set up a showdown between Sacramento and the Hansen group.

If all goes as planned, the Sonics will be playing at KeyArena for the next two seasons until a new $490 million arena is built in Seattle Sodo district. Hansen’s group would bring back the Sonics' name and colors.

NBA TV analyst Peter Vecsey is citing a source that says Phil Jackson would become the front office face of the team. Jackson wouldn't coach, but would mentor the future head coach of the team.

Yahoo Sports reports that the Hansen group is discussing candidates to run the franchise, such as Larry Bird and Spurs general manager R.C. Buford.

Seattle Mayor Mike McGinn called it "an exciting day for our city and fans everywhere."

King County Executive Dow Constantine said the likely return of the Sonics means “the return of our hometown team is now within reach.”