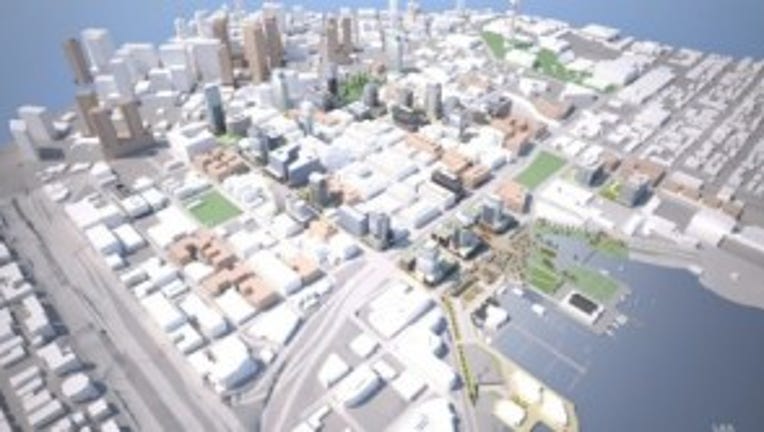 SEATTLE -- The Seattle Times reported a specific plan to build three 24-story towers near Lake Union has been shelved.

According to the Times, the proposal to let Vulcan, Paul Allen's real estate firm, build three towers in South Lake Union was not a priority for any council members. That planned was shelved to allow more time to push specific proposal made by Mayor Mike McGinn late last year that would include a complete rezone of the area.

Under the proposed plan, Vulcan would donate land for buildings and pay for a prescribed amount of money for public benefits. Currently, owners of buildings in South Lake Union can give money to nonprofits in order to go over the proposed limit.

Vulcan could still get the towers, the Times reported, but it will have to go through a different process than the "complicated deal" the real estate group and nonprofits were rallying for. Councilmember Tim Burgess told the Times the deal, known as the Block 59 Deal, was "dead and off the table."

Many present at previous meetings to discuss the towers said 24-story buildings would drastically change the character of a classic Seattle neighborhood.

Vulcan real estate group owns much of the property in South Lake Union.