To commemorate the anniversary of the tragedy, a ceremony was held outside at the site of the slide at 10 a.m.

The community gathered to pray and the names of the 43 victims were read aloud, as well as a moment of silence at 10:37 a.m., when the slide happened.

"We want to make sure the legacy of those 43 lives on forever," said Dayn Brunner, who lost a sister in the slide.

On March 22, 2014, part of an unstable hill collapsed, sending a wall of mud and debris into the community of Steelhead Haven. Forty-nine homes were destroyed.

Rescue crews and volunteers spent months searching for the victims, who were all eventually brought back to their families.

It was the biggest landslide in U.S. history. Landslides kill an average of 25 to 50 people per year in the United States. 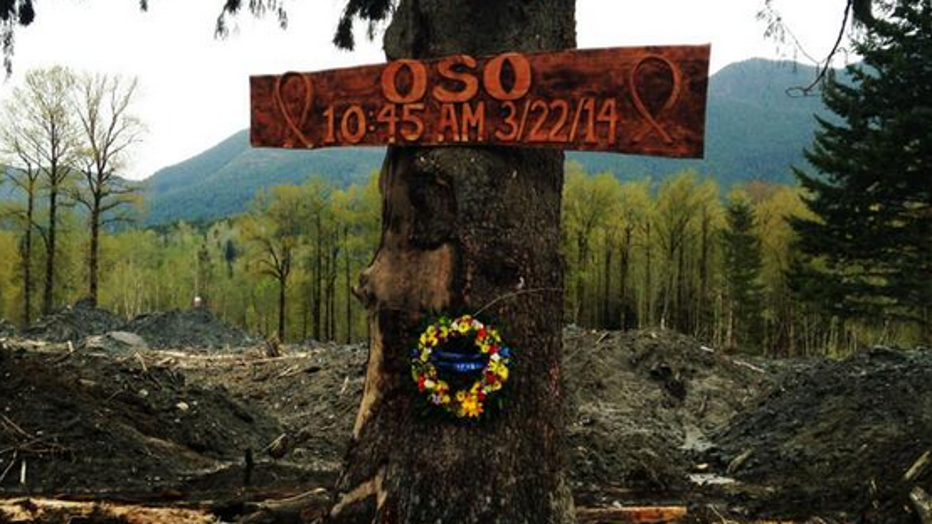 Families have scaled down the memorial but they still need millions of dollars to properly and permanently create a memorial.

"There are a lot of family members that are getting upset saying 'we're never going to see this in our lifetime' and we don't want that. The 43 victims deserve better, they deserve something more than a tree or a pile of dirt," Brunner said.

Two years after the slide, Congresswoman Suzan DelBene, whose district includes Oso, began working to save people from the threat of deadly landslides. It took four years, but the bill she introduced just passed the U.S. House.

Its provisions help broaden scientific knowledge about landslides and develop better protocols on how best to respond to them.