Surveillance video showed one suspect hop over the glass display case and enter a secure area behind the counter, then held a budtender at gunpoint and forced them to open a safe. A second suspect was seen scooping pot products from the display shelves into a bag, and a third suspect was seen hitting a customer in the head and holding them at gunpoint as they tried to escape out the front door.

A budtender pleaded with the suspects to not hurt the customer.

Ret. Sgt. Jim Fuda with Crime Stoppers of Puget Sound says the biggest concern with the robbery is the aggressiveness.

"Suppose somebody fights back, these three guys got their guns out, then it turns a robbery into a shooting, assault, homicide, whatever it might be so these look like they are starting to escalate," said Fuda.

Seattle Police say no budtenders or customers were hurt in the robbery, but $7,000 in cash and product were stolen.

"The owner is so shocked about this, he’s upped the reward another $5,000 to help get these guys in custody so we are up to a $6,000 reward for the capture and arrest of these suspects," said Fuda.

Police say the robbery was unusual because the thieves were mostly after the cash, not the product.

"I would really like to see these robberies be treated almost equivalent to a bank robbery and hopefully get on a federal level to be charged and prosecuted to the fullest. We just want to be protected," said Chad Alabe, head of security at Uncle Ike's.

If you would like to receive a cash reward of up to $6,000 and remain anonymous, submit a tip to Crime Stoppers of Puget Sound through the P3 Tips App on your cell phone, at www.P3Tips.com or call 1-800-222-TIPS (8477). Only tips submitted to Crime Stoppers are eligible for the reward. 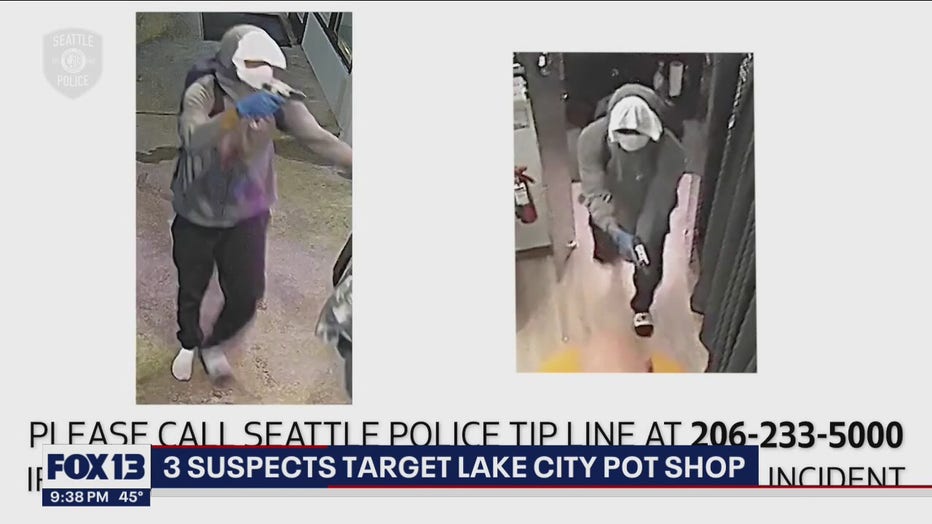