Seattle police are looking for a man who they say attacked a Seattle bartender after she asked to see his vaccine card Tuesday evening.

SEATTLE - Seattle police are looking for a man who they say attacked a Seattle bartender after she asked to see his vaccine card Tuesday evening.

"I grab him and throw him out and as soon as I throw him out, that’s when he threw his stick at my face and hit my face. I didn’t even know I was bleeding yet," Ogilvy said. "The minute I looked down, my sweatshirt was full of blood."

Medics treated Ogilvy, who had a laceration on her face. She ended up having to get more than 30 stitches both outside and inside her cheek.

Ogilvy said the support from the community and customers has helped her through the ordeal.

Now, she's looking for more support from the community-- by sharing her story, she hopes someone will recognize the suspect.

Police say he may have left the area on a light-rail train after the attack.

Anyone with information about the case is asked to call the Seattle Police Department’s tip line at 206-233-5000. 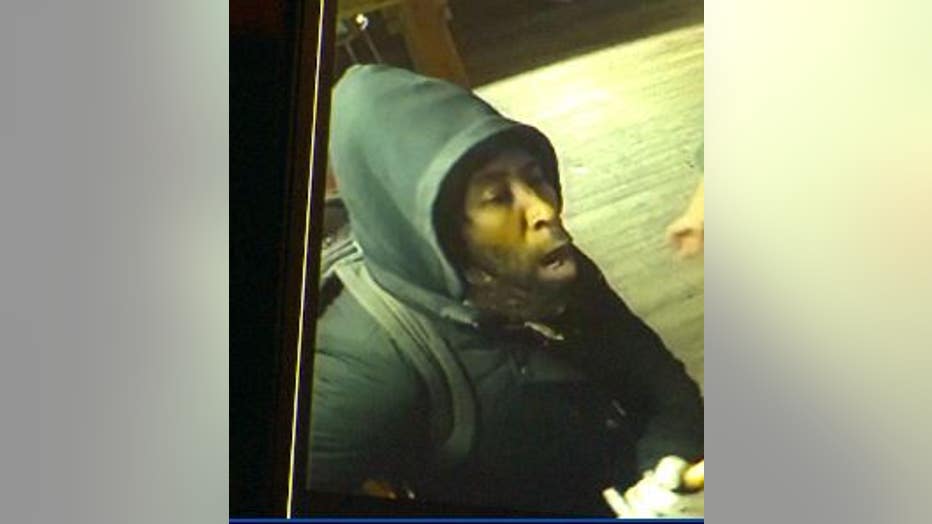