TACOMA, Wash. — Authorities opened a felony investigation Thursday after two drivers on Interstate 5 in Tacoma crashed, rolled over and hit a third vehicle. One person was seriously injured.

State Patrol spokeswoman Brooke Bova  said the incident happened about 1:50 p.m. Thursday on I-5 north between the exits for 72nd Street and 56th Street.

The State Patrol said a black Mazda MX5 and a yellow Kia Soul were headed northbound on I-5 just south of 56th Street in lane one. A third vehicle, a red passenger car, was also traveling northbound in an unknown lane.  The Mazda moved to the right shoulder to pass traffic and struck the Kia while attempting to re-enter the roadway. The Mazda and Kia rolled over, hit the third car, and came to rest on the right shoulder.

The third vehicle, the red car, continued northbound on I-5, but was believed to have sustained significant front-end damage.

The cause of the accident was listed as reckless driving, speed, and driving on the shoulder. 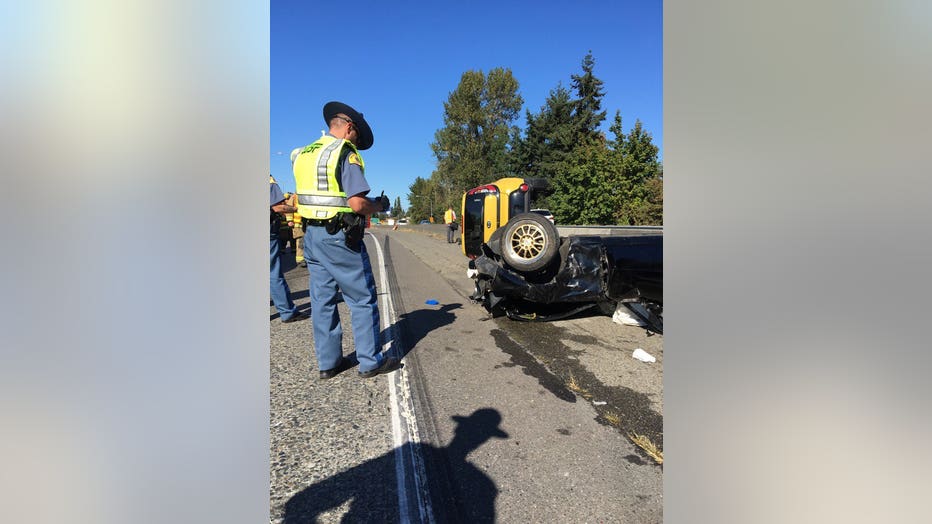