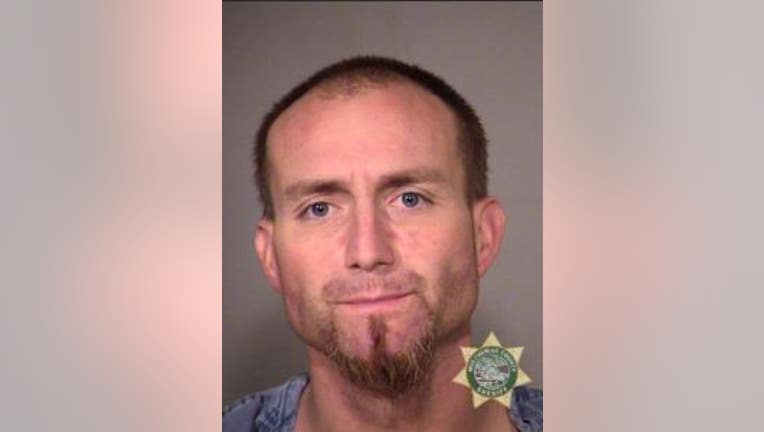 PORTLAND, Ore. (AP) — Police say a Portland man fired gunshots at a burglar who climbed into his bed and kissed him.

Sgt. Pete Simpson says the burglar entered the home Thursday and started gathering items of value. He then removed his clothes and got into bed with a man and a woman, kissing the man.

The man awakened with the burglar on top of him holding a knife. The victim pushed him away, got his gun and fired three shots in an effort to get the fleeing suspect to stop.

Simpson says the burglar managed to put on his pants and was arrested at a vacant house nearby.

The suspect, 32-year-old Richard Defeudis, was taken to a hospital for treatment of possible drug use. He was then jailed on charges of burglary, sex abuse and unlawful use of a weapon.