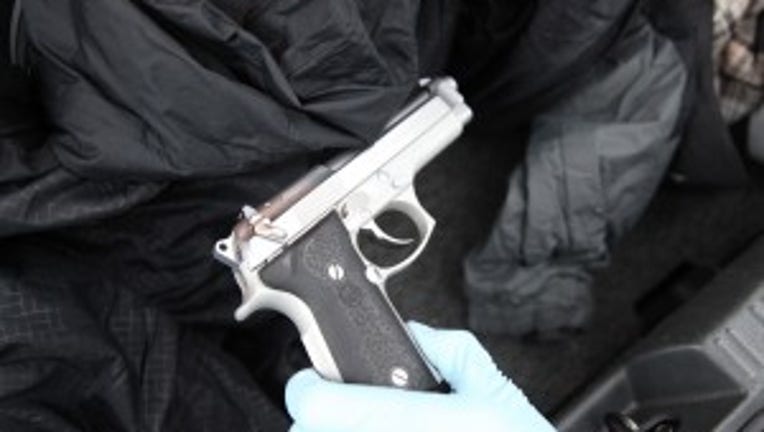 SEATTLE -- It's like something out of the movies, police said.

Two people have been arrested in a complicated murder-for-hire case involving a felon behind bars, a hired gun and a police informant.

According to the Seattle Police Department, officers first became aware of the case when a 48-year-old man in King County Jail tried to hire a soon-to-be released inmate on Jan. 20 to kill another man. The suspect believed the intended victim had put the man in jail, telling police he was carrying a car full of body armor, guns, cash and a fake police badge before he was arrested in January. The suspect wanted to get revenge, but since he was stuck in jail, he came to the soon-to-be-released inmate for help.

But the plan backfired. The inmate told King County Jail about the suspect's desire to kill another man. Over a period of nine days, police kept tabs on the suspect and his cellmate. The suspect allegedly arranged financing for the plot, drew up maps of the victim's house, and told the cellmate that he wanted to kill the victim by "wetting him with gasoline, drying him with a match."

The suspect also allegedly hired a man on the outside who would help the police informant carry out the murder once the informant got out of jail.

The informant was released from jail in mid-December. He met another man in North Seattle who had been contacted by the suspect. The former informant, wearing a police wire, told the other man during a meeting: "You know I'm here to kill that guy." The two talked about the plan and even drove to the victim's home, police said, all the while being followed by police.

During the meeting, Seattle SWAT officers moved in and arrested the 33-year-old alleged 'hit man'. He was booked into the King County Jail for solicitation and conspiracy to commit murder. The 48-year-old man, already behind bars, was charged with a new crime.

Detectives will continue to investigate the complex case, police said.