Seattle police are investigating after another person was shot on Thursday.

SEATTLE - Seattle police are investigating after another person was shot on Thursday.

Police responded to a shooting at 3rd Avenue and Yesler Street in the Pioneer Square neighborhood. Officers said one person was injured just before 3 p.m.

The condition of the victim is unknown, and officers haven't specified what led up to the shooting or if there are any outstanding suspects.

This isn't the first shooting to happen in Seattle on Thursday, March 24. 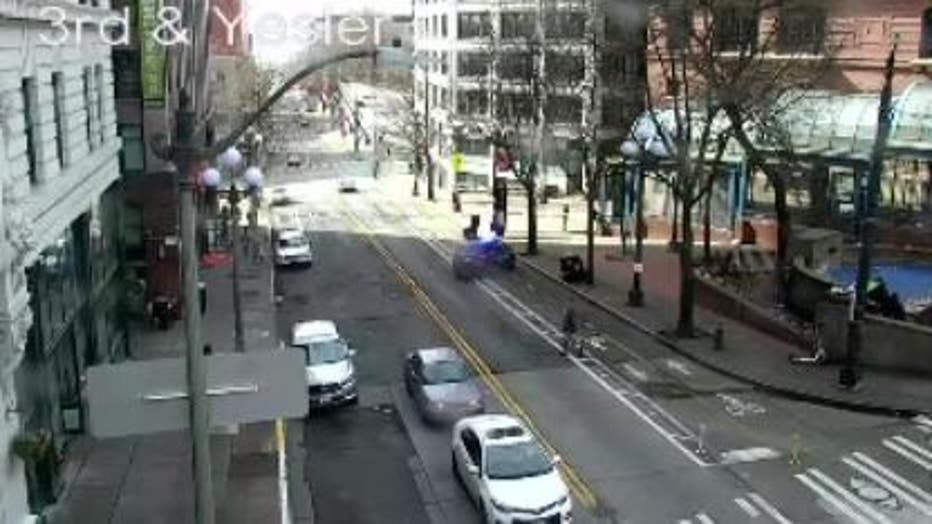 Early morning, around 3:20 a.m., police were called to the 2600 block of Southwest Andover Street in West Seattle for a shooting. Police say the victim was shot in the leg from behind and got help from someone living in an RV near the shooting.

He was sent to Harborview Medical Center with non-life-threatening injuries.

Later in the day, around 11:30 a.m., a 25-year-old man was killed and a 30-year-old woman was critically injured in the Columbia City neighborhood.

Police have not specified what led up to either of the shootings.

If you have any information about either incident, call SPD Violent Crimes Tip Line at 206-233-5000