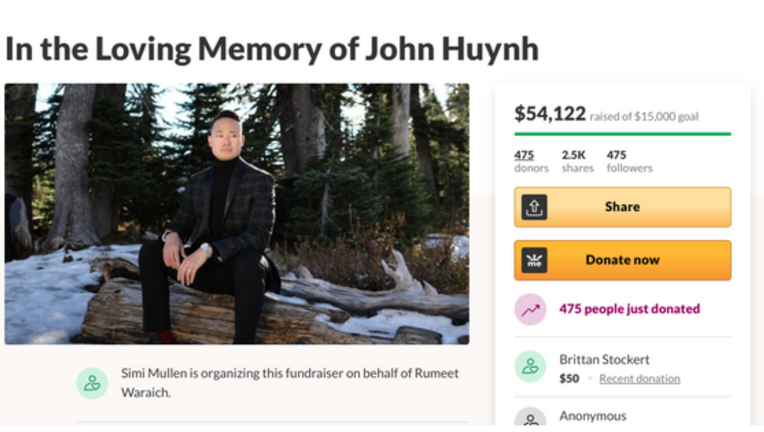 BOTHELL, Wash. - Witnesses who saw a Bothell man killed outside his apartment building Sunday night told police the killer lunged at the newlywed and stabbed him in the heart after a brief confrontation.

According to court documents, Bothell officers responded about 7:30 p.m. to multiple reports of an assault outside The Villas at Beardslee.

The victim, John Huynh, died in an ambulance at the scene.

A friend who was walking out of the building with Huynh said the alleged killer, 25-year-old Ian Williams,  "gave them the middle finger" as they walked by. Huynh asked the man whether he had waved or given him the finger.

Huynh's friend said he kept walking to the car while Huynh talked to the suspect. The friend said he then saw Williams pull out a knife and stab Huynh in the heart.

While officers were outside the building investigating, Williams' mother approached police and said her son was involved. She gave them a key to her apartment, where officers found the suspect in a bedroom.

Williams' mom later told police her son came into the apartment yelling that he'd just been attacked by an anti-masker. He told her he wasn't hurt but that he thought he hurt the other man involved.

When questioned by police, he declined to provide a statement.

Williams has been charged with second-degree murder and is being held in the King County jail on a $2 million bail.

A fundraising page created for Huynh's family has raised more than $58,000 as of Wednesday afternoon.

"There are no words to describe the devastation that is felt by all," the fundraiser's organizers said. "John impacted the lives of countless individuals, friends, and family."