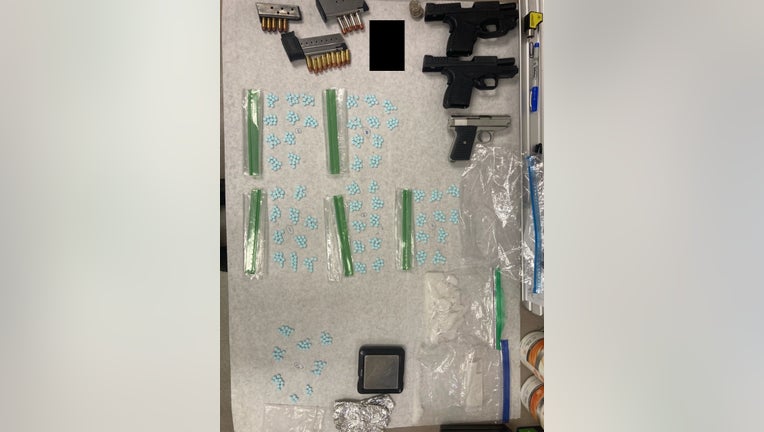 Anacortes Police were called Friday to a home near 30th St and R Ave, for reports of domestic violence violation of a no-contact order. Officers located the suspect and confirmed the violation occurred, according to authorities.

Officers arrested the man and searched his backpack, where they found three loaded handguns, bags of fentanyl pills and methamphetamine.

Authorities say the man is a 12-time convicted felon, requiring him to not have any firearms. One of the guns was reported stolen.