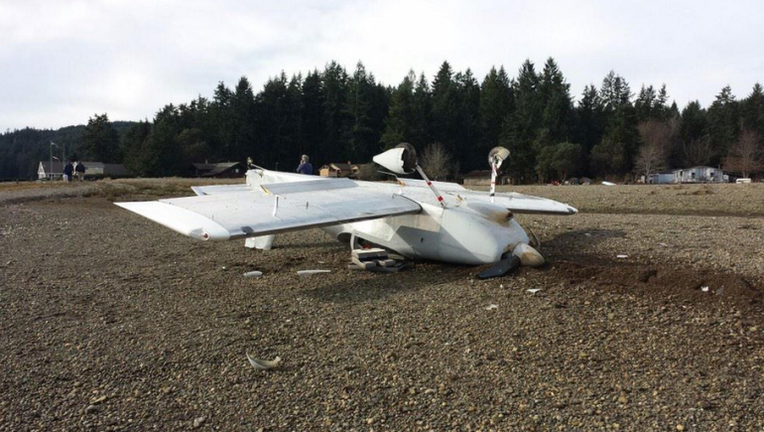 From the Mason County Sheriff's Office

BELFAIR -- A pilot is unhurt after making a "hard landing" in a small plane Tuesday afternoon on a Hood Canal beach.

The pilot landed his plane near Belfair around 1:30 p.m. The Mason County Sheriff's Office tweeted about the landing.

The pilot suffered minor injuries. He purposely tried to land on the beach after his engine cut out, officials said.