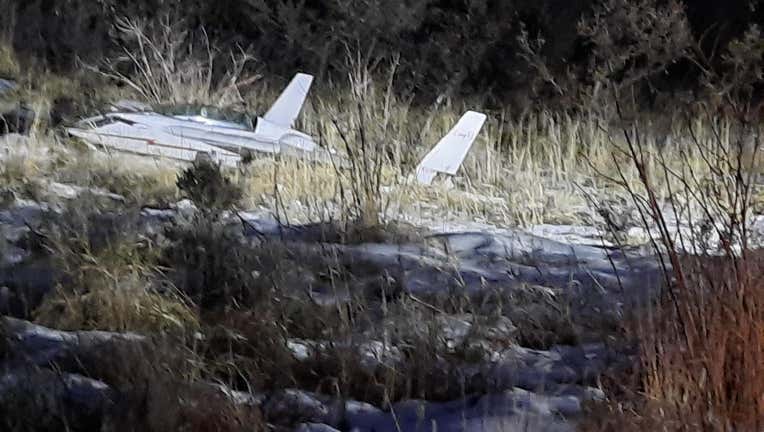 A pilot had to walk six miles for help after surviving a plane crash. (Credit: Mountain Green Fire Protection District)

MOUNTAIN GREEN, Utah - A pilot had to walk six miles to find help after surviving a plane crash in Utah.

"The pilot miraculously walked away from the crash, then hiked about 6 miles to get cell service to call 911," the district said in a Facebook post.

Authorities said first responders arrived through the difficult terrain to investigate the wreckage, disable the batteries and address the fuel leak.

It’s not clear why the plane crashed or if the pilot was from, or flying through, the area.

"Normally with these situations, we have a great deal of difficulty finding the aircraft or the people," Mountain Green Fire Chief Brian Brendel told KSL. "In this case, he just kind of got out of his plane, dusted himself off and walked himself down this ATV road until he got into cell phone range."

"He's pretty darn lucky," he said of the pilot. "He shouldn't play the lottery ever again."

Brendel also told the outlet the plane is likely a total loss, although it was found in one piece. He also said the pilot refused medical services and asked to be taken back to the crash site to retrieve his personal belongings.