A local whale watcher and photographer captured images of J46. The photographer says many fellow researches present on the same day confirmed the orca does look pregnant.

SEATTLE - More great news for the southern resident orcas: a J-pod member is pregnant, according to recent reports from a Puget Sound whale watcher who captured photos of the whale on Sunday.

Brittany Philbin, a West Seattle resident, said the southern residents started swimming in the area on Friday, and observed the pod make their way to Point Robinson off of Vashon Island on Sunday, when she spotted J46. 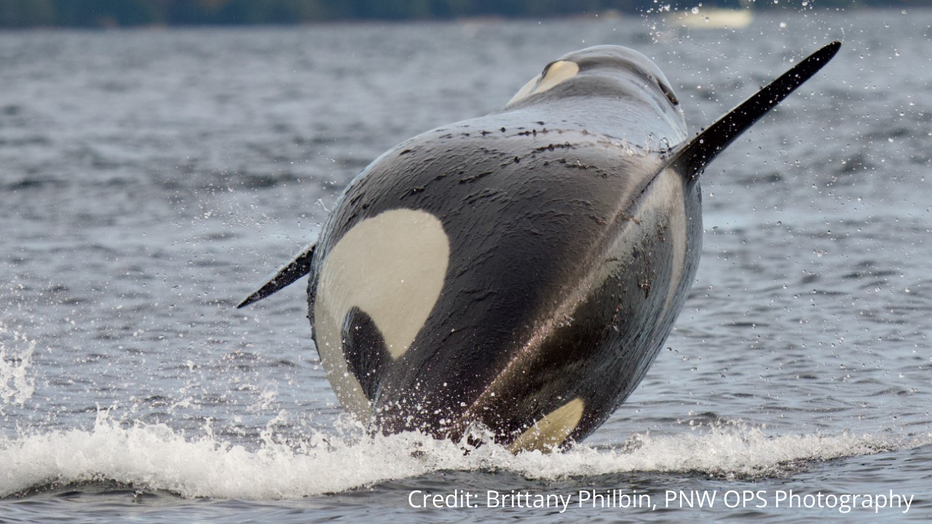 “A whale breached in front of me. I turned and my camera focused and this was the photo I ended up with, a pregnant J46 breaching 20-30 feet in front of me,” Philbin said.

Philbin said seeing the orcas breaching was an “epic” feeling.

“I had sent the photo to my friend and said, ‘she’s pregnant isn’t she?’ And it took a monumental task to figure out the ID of this whale. There was a lot of people involved. She’s then been confirmed pregnant by a couple other researchers, so that’s very exciting for the southern residents and for the people that love them,” Philbin said.

Related: It's a boy! Newest southern resident orca calf is a 'feisty' one

Ken Balcomb with the Center for Whale Research told Q13 News he could not officially confirm the orca was pregnant, but says based on recent photos and reliable observers, the whale looks "very pregnant."

"I cannot confirm from our CWR observations, but there are several reliable observers who took photographs of a whale that looked very pregnant, and one of our trained ID specialists agrees that the photos are of J46. The photos that I have seen are off-angle and I trust our ID specialists and the original observers that reported to Orcanetwork are correct," said Balcomb. 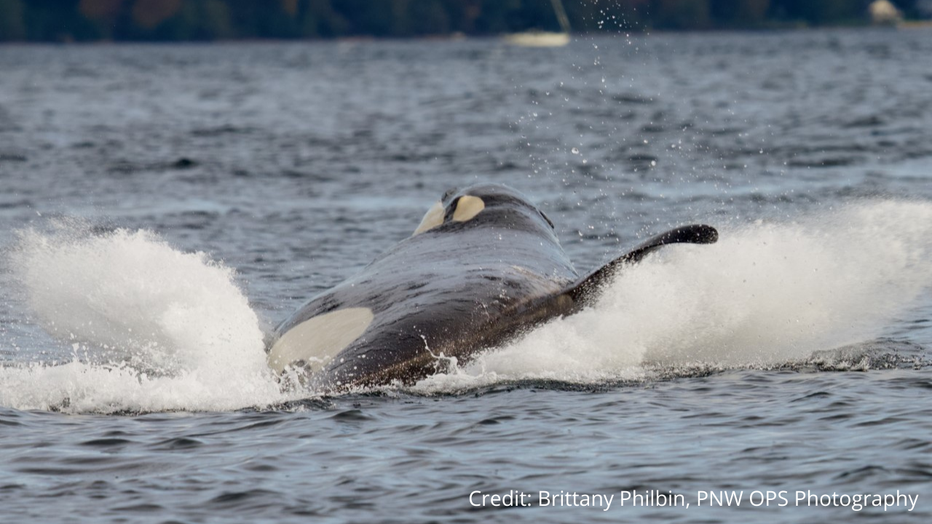 J46, also known as Star, turns 11 years old next month. This pregnancy would also mark her firstborn calf. Star’s mom died about 4 years ago and since then, she’s been traveling around with her aunt Tahlequah (J35).

This news comes just one month after Tahlequah gave birth to a male calf, J57.

SR3 reports on its website that it's not unusual for this many southern residents to be pregnant. Researchers are hopeful but realistic, as unfortunately, "the majority of recent pregnancies have not resulted in successful births."

"Studies by our colleagues at the University of Washington have shown that these reproductive failures are linked to nutrition and access to their Chinook salmon prey, so we hope folks on the water can give the Southern Residents plenty of space to forage at this important time," SR3 researchers said.