Petco and PetSmart have announced that they will no longer sell China-made dog and cat treats at their stores, amid an ongoing investigation by the FDA into illnesses that may have been caused by the food products.

In a statement released Tuesday, Petco said it would begin phasing out the treats at its more than 1,300 U.S. locations, with the final stage of the removal beginning in September and expected to be complete by the end of 2014.

“This is something we’ve been working toward for some time, and feel it’s the right thing to do for pets and our customers,” a PetSmart spokeswoman said in a statement to the Los Angeles Times.

The U.S. Food and Drug Administration said it is continuing to investigate ongoing illnesses, mostly in dogs whose owners have reported to exposure to jerky pet treats from China.

Since 2007, the agency has become aware of an increase in the number of such reported illnesses, including about 4,800 that have been reported as of May 1, 2014, according to a statement issued on May 16. Eighteen-hundred complaints have been received since the FDA’s last update on October 22, 2013.

Necropsies were performed on 26 dogs that have died since that date, the agency said. In half the cases, officials ruled out a connection between the deaths and the jerky pet treats. A relationship could not be ruled out in the other 13 dogs, “although we are still not able to identify an exact cause-and-effect nature of that relationship,” the statement said.

“We’ve been following the FDA warnings and related concerns closely, and we’ve been actively reducing our China-made assortment and expanding our American-made offerings for several years now,” said Petco CEO Jim Myers. “We know the FDA hasn’t yet identified a direct cause for the reported illnesses, but we decided the uncertainty of the situation outweighs the lack of actual proof.” 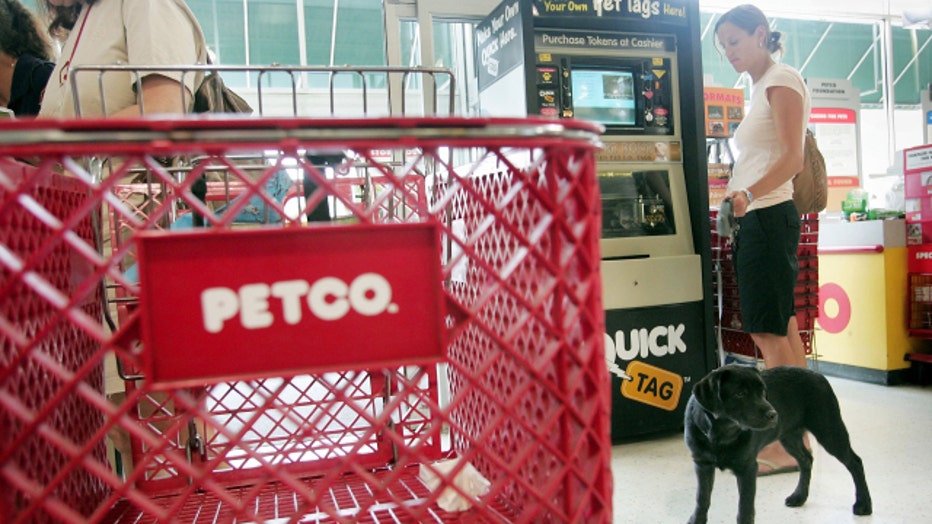 A file photo shows shoppers looking over the merchandise at a Petco store in Chicago. (Credit: Scott Olson/Getty Images)