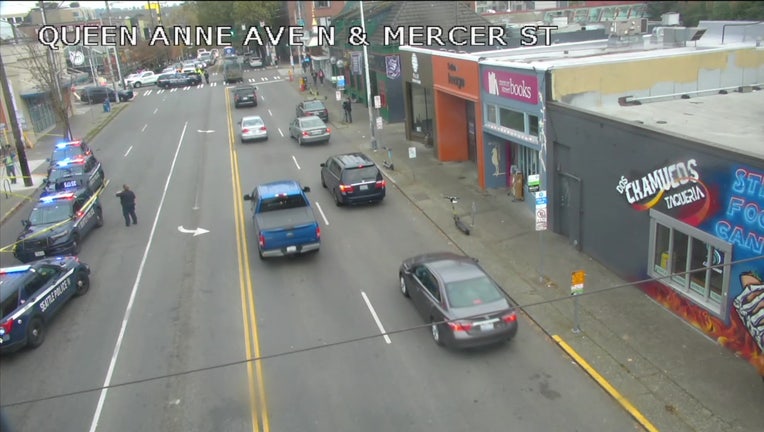 SEATTLE - A pedestrian was hit and killed by a bus Thursday afternoon in Seattle's Queen Anne neighborhood.

Few details were known, but police said a pedestrian was struck by a passing vehicle.

Officers were rerouting traffic in the area.