NEW YORK CITY — A Hunter College professor and his husband were kicked off a JetBlue flight after the pair confronted Ivanka Trump and Jared Kushner on a flight Thursday morning.

In a series of now-deleted tweets Matthew Lasner, a professor of urban policy, said his husband calmly expressed displeasure at being on the same flight as the Trumps. But shortly before that tweet, Lasner said his husband planned to chase down Trump and Kushner to harass them. 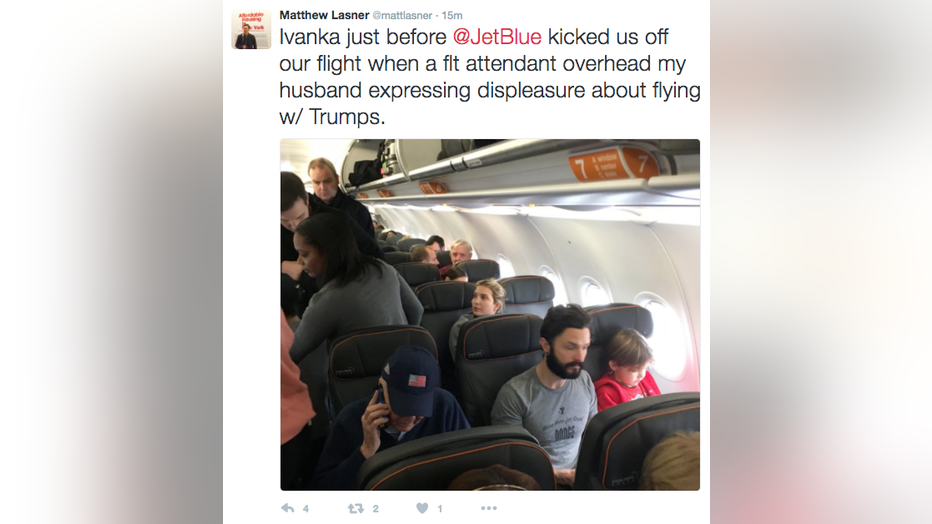 The decision to remove a customer from a flight is not taken lightly, a spokesperson for JetBlue said in a statement.

"If the crew determines that a customer is causing conflict on the aircraft, the customer will be asked to deplane, especially if the crew feels the situation runs the risk of escalation during flight," JetBlue said in a statement. "In this instance, our team worked to re-accommodate the party on the next available flight." 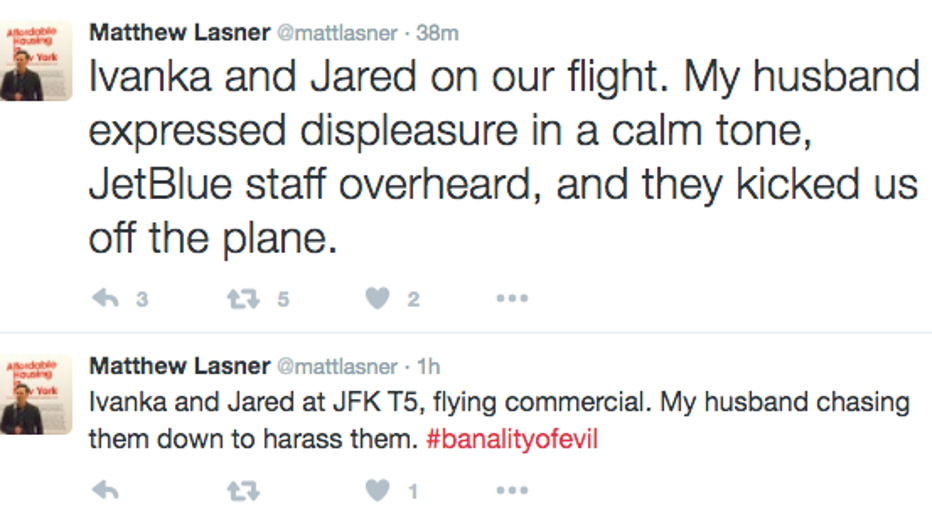 Lasner appears to have deleted his account following the incident.

This is the second time this week an airline has made the news for removing a customer from a plane. A man was also removed from a Delta flight. Adam Saleh claims he was kicked off his flight after he was overheard speaking in Arabic.