SEATTLE -- A local river rafting outfit is offering potential customers a ‘Stilliguamish Raft Adventure’ that takes participants along the site of the Oso mudslide that killed 43 people last March 22.

Pacific NW Float Trips says the trip costs $90 per person, with lunch, or $45 with a Groupon deal.

The company said the tours will give people insight into what happened and allow them to remember those who lost their lives.

“Something good can come of it because the ones that are alive should try to leave a legacy for the ones they lost,” said company owner Dave Button.

The company’s website reads, “See the destruction caused by the gigantic mudslide along the North Fork of the Stilliguamish River.”

Button says 25% of the proceeds will benefit the survivors, but admits the details have not been worked out.

A law firm representing several family members of victims is threatening to take action if the plan moves forward.

Attorney Karen Willie fired off an email to the company asking Pacific NW Float Trips to voluntarily abandon plans for the river tours.

In the letter she wrote: “They (victims’ families) are appalled that your company would make the last resting place of their families into a tourist attraction.  The specter of gawkers munching on lunch in the comfort of a boat discussing an area that is a field of pain and loss to them is so insensitive as to be almost incredible.”

Button admits he didn’t consult with family members. He added that the first time he spoke with many of them was after they saw his ad on Groupon.

"To me it is like a memorial,” said Button. “So there's got to be some way to honor those people who lost their life there."

Button plans on meeting with family members next week. 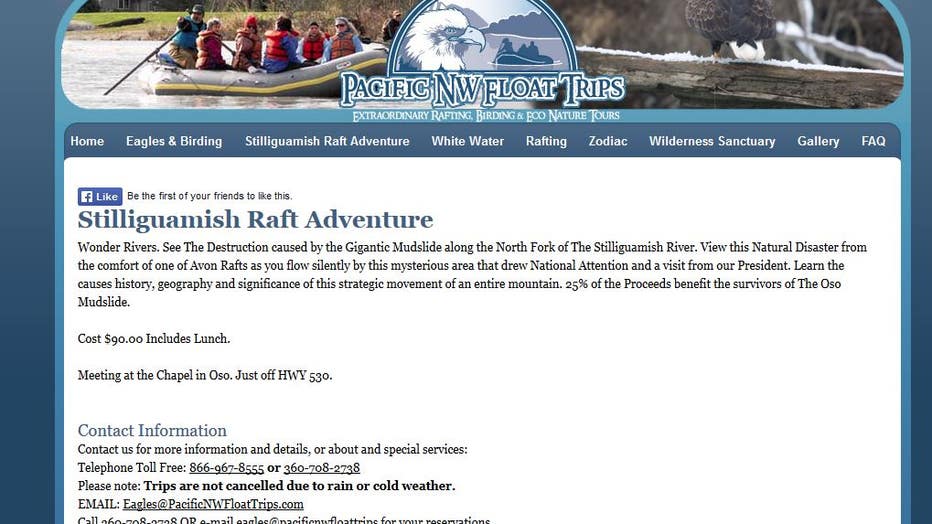