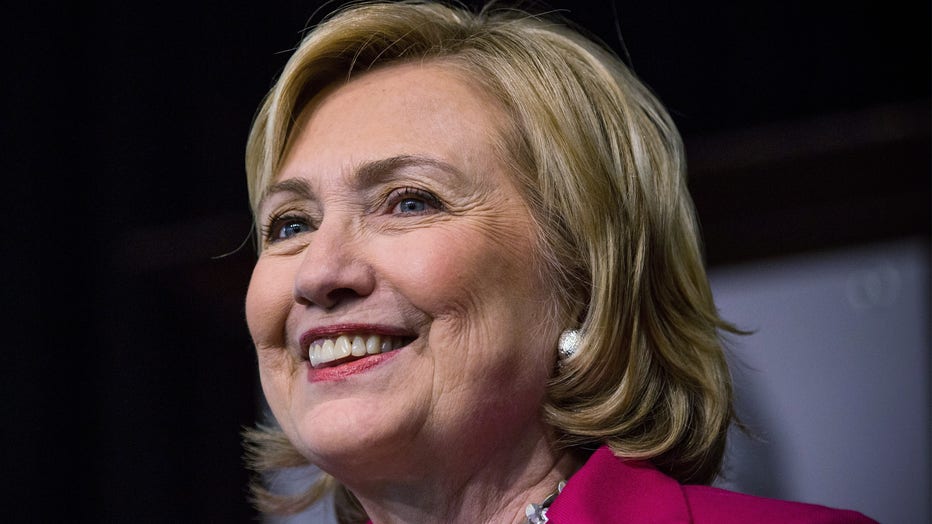 NEW YORK, NY - JUNE 10: Former Secretary of State Hillary Clinton speaks to a crowd during a book signing for her new book, "Hard Choices" at a Barnes & Noble on June 10, 2014 in New York City. Clinton has published the book in what many believe

WASHINGTON (CNN) -- Very few confidants and former aides were frenzied when Hillary Clinton came under fire for questions about her age, health and wealth.

Their view, for the most part, was Clinton is obviously healthy - look at the schedule she keeps - and wealth won't be a problem because they can be countered by her proposed policies and actions to help the middle class and poor.

"They (Republicans) are just throwing stuff against the wall to see what will stick," said a Clinton friend and former aide. "This will not stick. This is not the way to attack her."

However, some Clinton associates -- all of whom requested anonymity to speak candidly -- have quietly expressed concern that one of the most effective critiques could be that her presidency, should she run and be elected, would be nothing more than President Barack Obama's third term.

The Clinton friend and former aide told CNN last week that the best way to go after Clinton is to use this against her: "If you like Obama, you will love Hillary."

"She was in his government, she was at his side," said the source. "That is, the way to go after her is four more years of the same old thing. The question they should ask her is 'Tell me 10 things that you disagree with him on.'"

Others in Clinton's current and former orbit see the "third-term Obama" question as a possible issue. But they were quick to note that Republicans have more pressing problems.

"It is a valid question," said a longtime Clinton aide, who quickly added, "But the other side of the aisle has got plenty of their own problems. They may have a deep bench, but they certainly have no starter."

Another longtime Democrat who worked for former Vice President Al Gore in 2000 said Republicans will no doubt try to tack any Democratic nominee to Obama, if they see it could work for them.

Gore, Bill Clinton's No. 2 for eight years, struggled to overcome "Clinton fatigue" in his 2000 presidential campaign that fell just short.

Republicans are, in fact, already trying to blind Clinton with Obama.

Most recently, Rep. Paul Ryan, the Republican vice presidential nominee in 2012, said Clinton "will be very formidable" but "beatable."

"I think she is beatable because the record is not very good," Ryan said in an interview with USA Today. "I don't think people are going to want to have an Obama third term and no matter how she tries to shake that label, she won't be able to."

While those questions aren't getting as much attention as those aimed at Clinton's wealth and speaking fees, Ryan is not the first Republican to already go after her this way.

Their goal is simple: Republicans want voters to think Obama and a third term, not the third term of Bill Clinton, who left office scandal-plagued but is more popular now. He would become first spouse if his wife were elected in 2016.

Highlighting the candidate following a flawed incumbent is a well-worn path. Again, think back to Gore and then, more recently, to Sen. John McCain, who was the Republican nominee after George W. Bush, a wartime president who left the job deeply unpopular.

The last time a single party controlled the White House for more than eight consecutive years -- and the only time in the past 60 years -- was from 1981-92 when Ronald Reagan served two terms and his vice president, George H.W. Bush, succeeded him for one.

Clinton would not have that luxury, if she ran.

While Obama remains popular with the Democratic base, his overall approval rating has hovered in the low 40s for the past few months.

Does that matter? Donna Brazile, a CNN contributor and Gore's 2000 campaign manager, said whether or not Clinton needs to break with Obama "all depends on the political climate and environment in mid 2015 to 2016."

"In 2000, I had to answer this question," she said. "And the answer is always the same. Each year is different and every candidate must make his or her case to the voter of why they represent some else."

Clinton tried to create some distance between herself and Obama earlier this month on foreign policy during an interview with The Atlantic.

The split and the subsequent beltway kerfuffle shows how difficult it is for one party to hold the White House for more than eight years.

What's more, any future split between Clinton and Obama fits nicely into the storyline from their contentious 2008 primary race, making it an easy story for media to seize on.

Not all Clinton defenders agree with the idea that Ryan's attack line is effective, especially those at Correct the Record, a pro-Clinton communication and rapid response group.

"As a leading voice in the Republican 'do nothing' Congress, Paul Ryan is the last person who should be dishing out political advice," said Adrienne Elrod, the group's spokeswoman. "Hillary Clinton is one of the most admired and trusted public figures in America and should she run for President, she will run on her own record and implement her own vision for moving our country forward."