SEATTLE -- Groundskeepers at a Jewish cemetery in north Seattle say they are constantly having to clean up needles, trash, and human feces left behind by drug addicts and homeless people. It's gotten to the point where they said they're not only fed up with that, but also with what they call the lack of response by police and the city.

This is considered holy and sacred ground for Seattle's Jewish community.

Two cemeteries right across the street from each other, the Seattle Historic Sephardic Cemetery and the Bikur Cholim cemetery are considered sacred ground for the Puget Sound’s Jewish community.

“The English translation for Bikur Cholim from the Hebrew is helping the sick,” said Ari Hoffman, board member of the Bikur Cholim Machzikay Hadath Synagogue.

Jews from as far back as the 1800s are laid to rest at the cemeteries.

But over the years, Hoffman said, what was a small problem has gotten worse

“The homeless crisis has been exploding in this area,” said Hoffman, along with drug usage and prostitution on cemetery grounds.

“Every morning the groundskeepers of our cemetery come out here and they find human feces, they find needles, they find drugs. People have been doing drugs off the headstones,” said Hoffman. 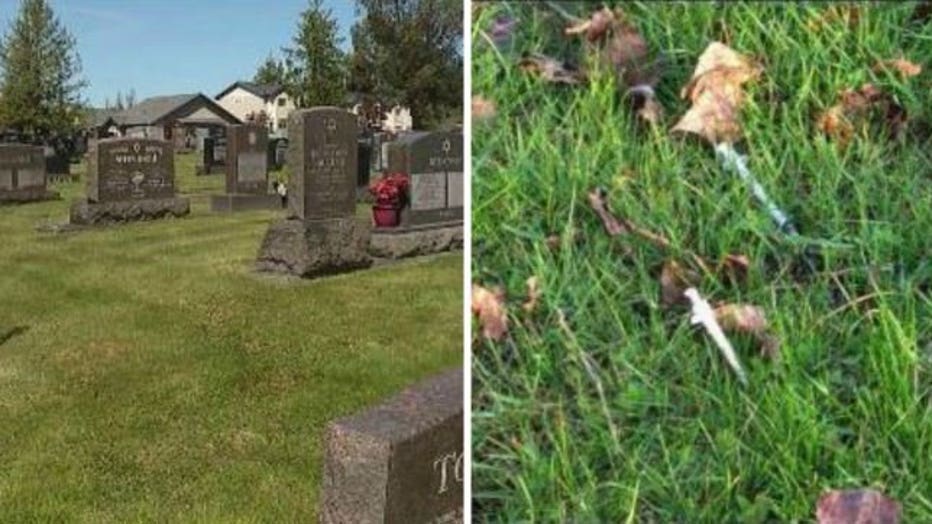 The prostitution got so bad that recently, the cemetery had to spend $50,000 on removing trees and installing lights near the back of the cemetery to keep people out when the cemetery is closed, said Hoffman.

“We’ve had people in the bathrooms of the chapel that we’ve had to get out of there because they set up living conditions in there,” Hoffman said.

According to Hoffman, this has become a safety issue for cemetery employees and groundskeepers. He said they call police at least three to four times a week, but the he says the police and city response has been negligible.

“They'll come out here occasionally, maybe,” said Hoffman. “They’ll say to the guys to move. When we call them, it takes them hours for them to come if they show up at all.”

The cemetery may need to cancel family-friendly events in the future because of safety concerns.

“They put up flags for Memorial Day and we're very concerned about coming here in the evening,” said Hoffman.  “When the grounds are technically closed, can we ensure the safety of the children out here to do a mitzvah, a Jewish good deed.”

Cemetery officials also tell Q13 News that the owners of campers parked along the street near the cemetery leave messes, and some have even tapped into the cemetery’s electrical power. Some campers and cars have been there for years, said Hoffman.

A man who identified himself as Steve Alexander lives in one of campers near the cemetery. Alexander had clothes hanging on a cemetery fence. He said he's not part of the problem.

“I’ve been picking up trash here all of the time. Every time I come here there’s always a pile from the people here left before,” said Alexander.

The issue is not about helping the homeless, said Hoffman.

“We want to help people, but we need the city's help, too, and they're not helping us,” said Hoffman.

The Seattle police tell us they have responded to calls at the cemetery. And they encourage people to continue to report crimes in the area.