Amber Bellows, 28, and her husband of two weeks, Clayton Butler, climbed up Mount Kinesava, a 7,276-foot peak that overlooks the park, on Saturday, the National Park Service said. 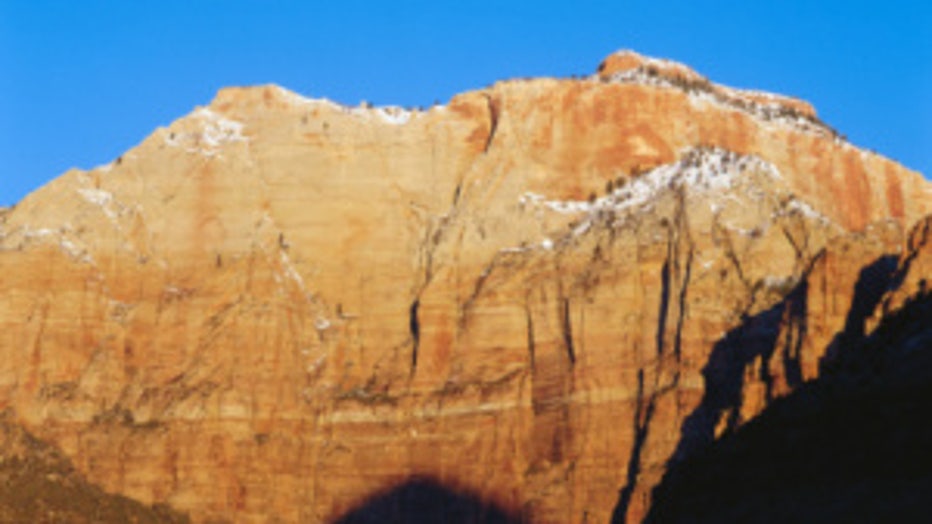 The Salt Lake City couple were said to be experienced BASE jumpers -- in which participants leap from fixed objects, such as mountains or buildings, using parachutes to slow their falls.

Bellows jumped first on Saturday afternoon, but her parachute didn't open properly, Butler told authorities. He said he jumped after her, but he couldn't reach her.

Butler, 29, then hiked out of the remote area to find help, alerting park authorities at about 6:30 p.m.

Recovery teams located Bellows' body around 10 a.m. Sunday. Using a helicopter, they hoisted her from the difficult terrain to a nearby ambulance, the Park Service said.

"Both Clayton and Amber are conscientious, experienced BASE jumpers and this was a tragic accident," Joshua Lloyd, her manager and videographer, said Monday. "Amber will be missed throughout the entire community and we ask for privacy and respect for the family at this time."

Her death, the first of a BASE jumper in the park, is under investigation, authorities said.

"It is just really sad, and our condolences go out to her family and friends," said Jim Milestone, the acting superintendent of the park.

"BASE jumping is so dangerous," Milestone said in a statement. "Even for those that are experienced, like Amber Bellows. That is one of the reasons it is not allowed in the park."