Netflix's shares took a big hit this week, with the stock price plummeting 26% after reporting it lost about 200,000 subscribers in its first quarter, falling well below expectations. The company is now said to be considering a lower-cost plan that would including advertisements.

The Basic with Ads option will cost $6.99 per month for U.S. subscribers.

Under the plan, users will see four to five minutes of ads per hour on average, with the ads each being 15 or 30 seconds long, Netflix said. They will play before and during whatever title the user is watching.

People with the Basic with Ads subscription will be stuck with a "limited number" of TV shows and films "due to licensing restrictions" that Netflix said it is "working on." Users will also not be able to download entertainment to watch offline, according to the release. 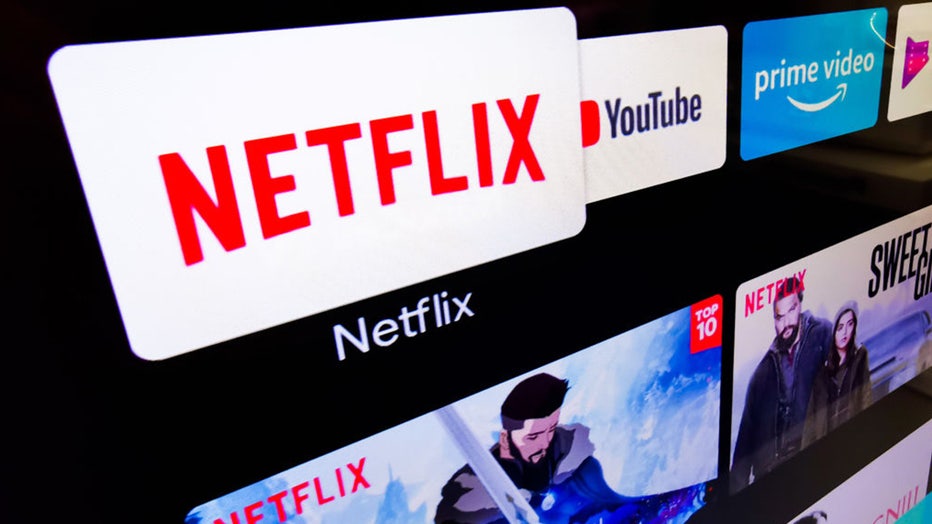 FILE - Netflix logo is displayed on a tv screen inside an electronics store. (Beata Zawrzel/NurPhoto via Getty Images)

The streaming platform first announced it had plans to offer a less expensive, ad-supported version earlier this year after reporting declining growth. In July, Netflix said it had decided to partner with Microsoft on advertising technology and sales.

The looming changes, which also include minimizing password sharing, are designed to help Netflix regain momentum lost over the past year. Pandemic-driven lockdowns that drove binge-watching have lifted, while deep-pocketed companies such as Apple and Walt Disney have created notable competition in the streaming world.

The Los Gatos, California, company estimated that about 100 million households worldwide are watching its service for free by using the account of a friend or another family member, including 30 million in the U.S. and Canada.

"Those are over 100 million households already are choosing to view Netflix," Hastings said. "We’ve just got to get paid at some degree for them."

Advertisers will have access to "broad targeting capabilities" by country and genre and be able to keep their ads from playing with content "that might be inconsistent with their brand," according to Netflix’s release.

The Basic with Ads plan is expected to launch in additional countries "over time," Netflix said.

Here are the other countries it will be available in:

FOX Business and Kelly Hayes contributed to this report. This story was reported from Los Angeles.