EVANS, Ga. -- A Georgia mother faces charges after police say she hosted a party involving drugs, alcohol and sex for her teenage daughter and her friends. 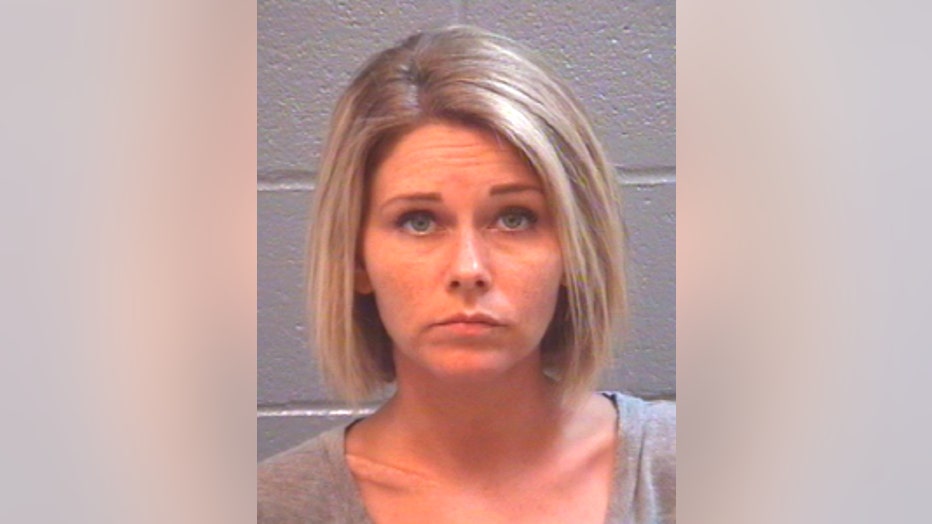 Rachel Lynn Lenhardt, 35, of Evans, Ga., is charged with two counts of contributing to the delinquency of a minor.

Lenhardt's Alcoholics Anonymous sponsor went to police after being told of the party by Lenhardt, WSB-TV reports.

The sponsor told police Lenhardt invited her over for coffee to try to plan her continued sobriety.  Both women attend the same local Mormon church where Lenhardt attends a sexual addiction therapy group.

Lenhardt said the incident started when her 16-year-old daughter and other children were at their father's home.  Her daughter texted Lenhardt to find out if she could come to her home “to party” with some of her friends, according to the sheriff’s report.

Lenhardt apparently allowed a group of minors to drink alcohol and smoke marijuana at her home. The mother of five then told the sponsor she played "naked Twister" with the group in her living room. While the group was playing, she said she had sex with an 18-year-old in the bathroom.

The naked party continued in the home's hot tub, according to the Atlanta Journal-Constitution. Later, when Lenhardt was sleeping in her bed, she said she awoke to find someone having sex with her.

Lenhardt said she initially thought it was the 18-year-old but realized it was her daughter's 16-year-old boyfriend, according to the Augusta Jail Report.

Lenhardt also told her sponsor she had shown her daughter pornographic photos, including photos of her and her current boyfriend having sex.

Sheriff's Capt. Steve Morris said no sexual crime charges were being filed because 16 is the legal age of consent in Georgia. Lenhardt was released on $3,200 bond from the Columbia County Jail.