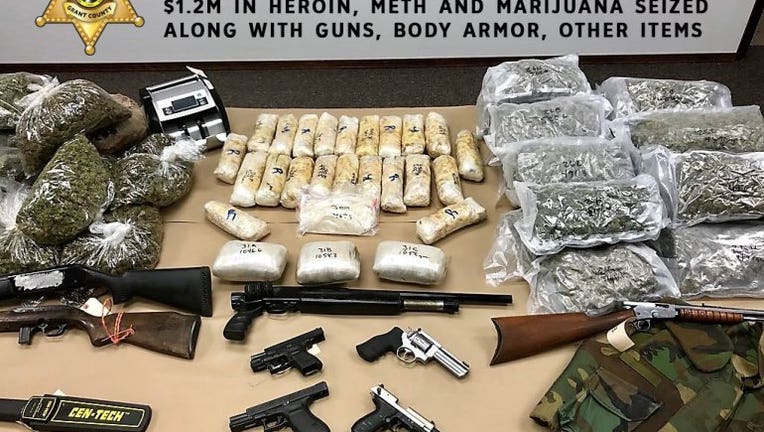 Grant County Sheriff Tom Jones says it was the largest drug seizure in the history of the Interagency Narcotics Enforcement Team.

Police stopped José Miranda on October 5 and allegedly found nearly eight pounds of methamphetamine and heroin. He was charged in federal court and had his initial appearance last week.

That led to additional busts of homes in the county where officials found netted 25 more pounds of meth, seven pounds of heroin, and 40 pounds of processed marijuana.

Arrested during this series of investigations was Maria Chavez Diaz, age 27, of Moses Lake.