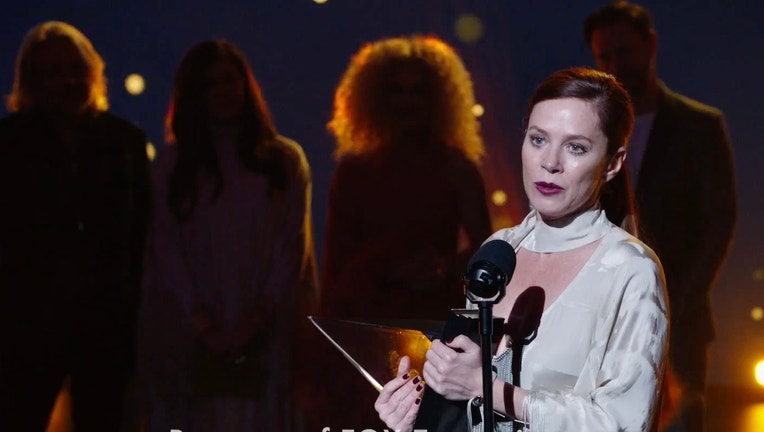 CHICAGO - Welcome back to "Monarch" recaps! In this week’s episode, "The Night Of…" the Country Music Legacy Awards divide Nicky and Gigi, while Albie investigates Dottie’s criminal past. Miss a week? You can read our recaps and watch On Demand, on FOXNow or on Hulu. This television station is owned by the FOX Corporation.

Last week was Christmas and now it’s already awards season? "Monarch" is barreling through time at an astounding rate! And that means those murderous flashfowards are about to become real-time real quick. First, though, it’s the Country Music Legacy Awards!

"The CLMs are my Super Bowl," Roman family stylist Earl (Kevin Cahoon) quips, while Nellie (Faith Prince) jokes, "It’s an honor just to be inebriated." And that’s an energy we can definitely get behind as we dive into a drama-filled episode that ends with a major twist.

RELATED: ‘Welcome to Flatch’ is back! Here’s what you missed in the premiere

May the best Roman win 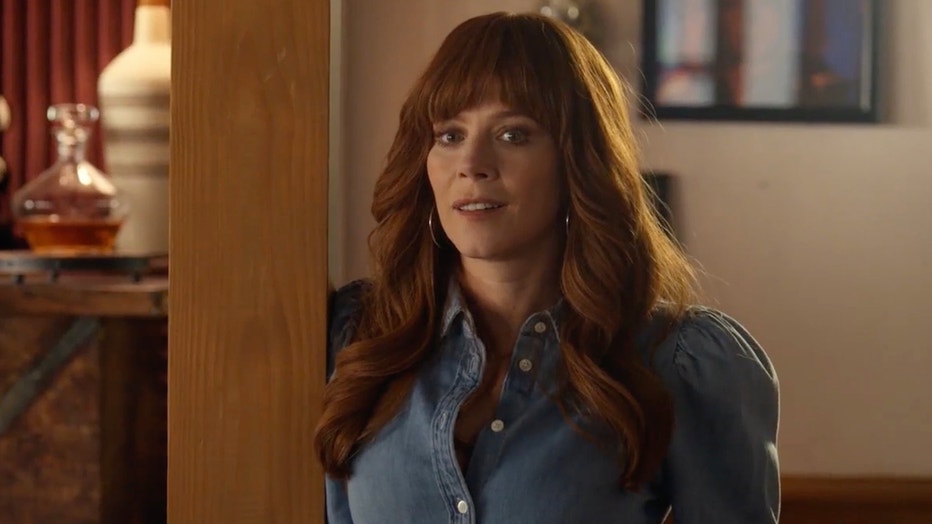 This week kicks off with yet another Roman family tradition: Gathering together to watch the CMA, er, sorry, CML nominations roll in on TV. While it initially seems like Monarch Records is going to get shut-out entirely, it winds up becoming a Roman family showdown for Single of the Year: Gigi (Beth Ditto) and Albie (Trace Adkins) on "You Were Always on My Mind" vs. Nicky (Anna Friel) on "God Knows."

But though it’s the singers in the family who score the noms, it’s Monarch CEO Luke Roman (Joshua Sasse) who steals the show this week. He delivers the kind of tough love that only a brother can as he tells Nicky and Gigi to put aside their differences and perform a duet together for the good of their company — and their respective brands. "It ain’t a debate neither, it’s happening. Both of you are doing it, together. We clear?"

Honestly, it couldn’t come soon enough. While we’re usually onboard with Earl’s attitude when it comes to drama ("Margaritas and cat fighting? Sign me up!"), this Nicky/Gigi rivalry feels like it’s getting stretched awfully thin as Gigi continues to go "full Wynonna" at each small slight. 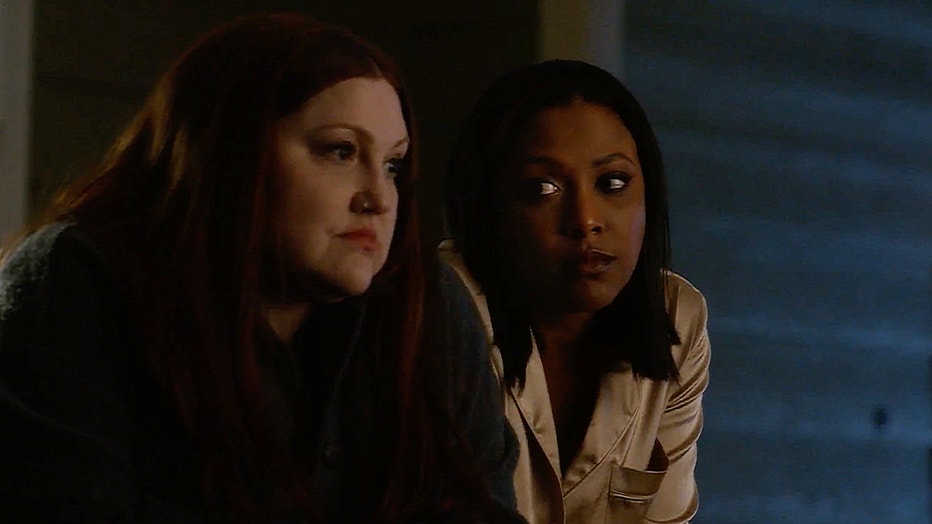 Yes, it was a petty move for Nicky to perform "God Knows" when she knew Gigi was planning to perform it. But it was also petty for Gigi to try to secretly claim their mom’s song in the first place! And given that Gigi supposedly has notebooks full of original songs she’s written, why doesn’t she just start recording some of those?

WATCH FREE ON TUBI: Jane Fonda, Lindsay Lohan and Felicity Huffman are family in "Georgia Rule" — get the app

Indeed, a lot of this episode is about hashing out old issues, as Albie turns to his long-time friend, district attorney "Uncle" Tripp DeWitt (D.W. Moffett), to look into the barn fire that Dottie (Susan Sarandon) started all those years ago. (Tripp also ensures the potential assisted suicide charges against Nicky are dropped.)

Elsewhere, Nicky continues her flirtation with mysterious music producer Jamie Burke (Damon Dayoub). But though she officially kicks her cheating husband Clive (Adam Croasdell) out of the house and back to London, Nicky and Jamie agree that the timing isn’t quite right between them ... at least not yet.

Turning up the heat 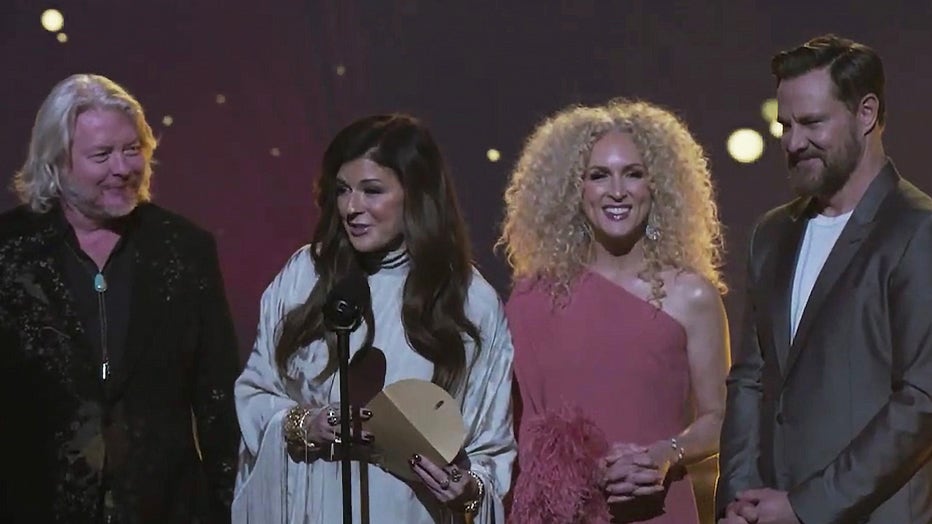 Still, if the first half of "The Night Of…" is a little light on new drama, the second half more than makes up for it — and we’re not just talking about Nicky showing up to the CMLs in the same dress as Little Big Town’s Karen Fairchild.

Though Nicky and Gigi play nice on the CML red carpet and during their explosive performance of the Miranda Lambert/Carrie Underwood duet "Somethin’ Bad," their rivalry seems to launch to a whole new level when Nicky wins Single of the Year and Gigi walks out during her acceptance speech.

But that’s nothing compared to the dirt Tripp digs up about the fire: Not only did Dottie burn Albie’s lover Rosa Florez alive, Rosa had secretly had Albie’s baby earlier that year. A baby who grew up to be... ultimate stage mom Catt Phoenix (Martha Higareda)!! 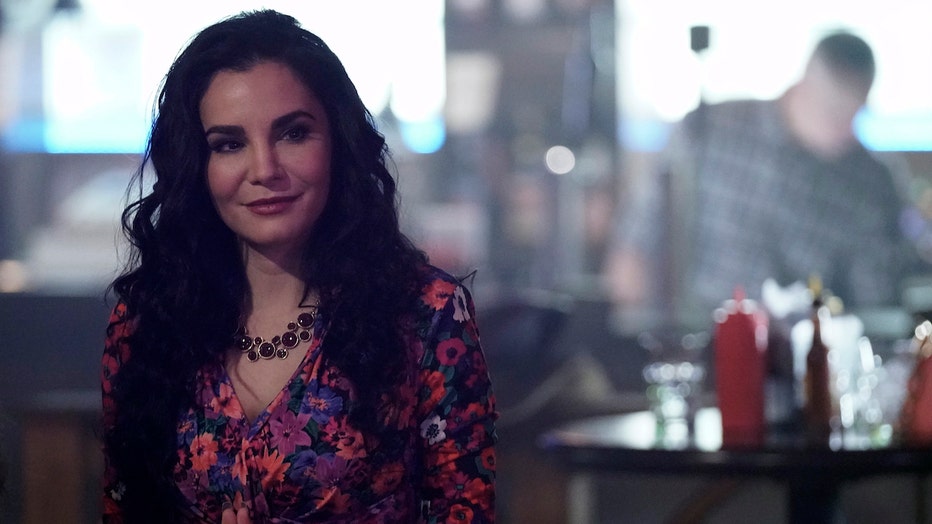 Now that’s a twist — one that immediately had us thinking about the ethics of Albie’s beloved adopted grandson Ace (Iñigo Pascual) dating Ana (Emma Milani), the biological granddaughter Albie never knew he had. It’s the sort of conundrum we thought was limited to "House of the Dragon." At least Ace and Ana aren’t technically blood relatives. So... small victories?

Speculation corner: Who’s at the door?

The Romans are gonna need to take those small victories where they can because the murder flashfoward is upon us! This episode ends with a distraught, blood-spattered Nicky desperately calling her dad for help. But who could her victim be? Let’s set aside the fact that the "two days earlier" title card means the CMLs apparently announce their nominations the day before their awards show and weigh the options! 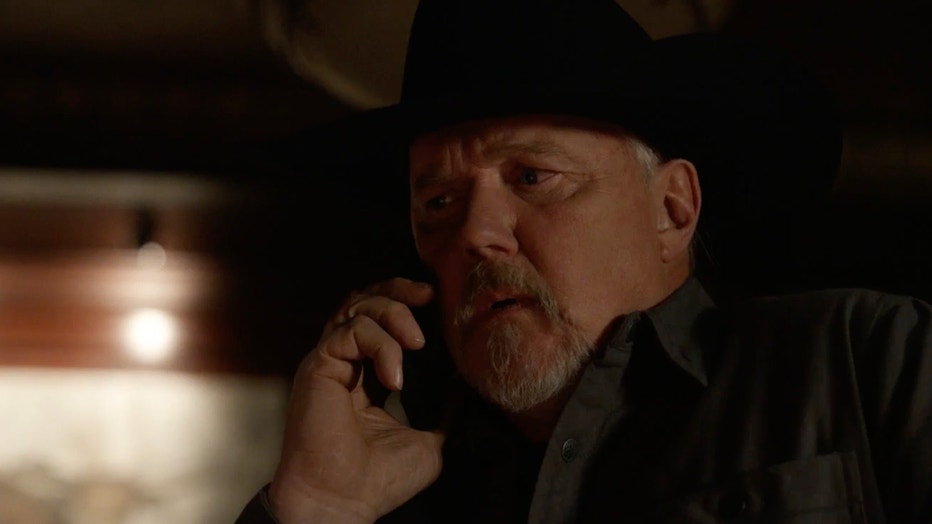 While "The Night Of…" pointedly ends with both Gigi and Catt headed towards Nicky’s house, we’re guessing those are just red herrings. The way Nicky answers her door with "What are you doing here?" doesn’t really seem like how she’d greet either of those women.

Probably the most interesting clue comes from a traumatized Ace, who tells his mom, "Just remember I could tell a friend from an enemy."

WATCH FREE ON TUBI: Jennie Garth in "Bad Influence" — get the app

It seems like a lighter response than he’d have if Nicky murdered his dad, so that means Clive is probably (probably?) safe. Could Nicky’s victim be her boy toy/TikTok sensation Wade Stellings (Callum Kerr), driven mad with jealously over her flirtations with Jamie? Does Nellie want to get some younger-sister revenge on Gigi’s behalf? Or could friendly Uncle Tripp be a little less friendly than he seems?

Honestly, all we have to say is that if "Monarch" harms one hair on the head of Earl "Hide-a-Bang" Clark, we’ll definitely be writing an angry country ballad about it.

Best musical performance: Think I'll slip on down to the oasis 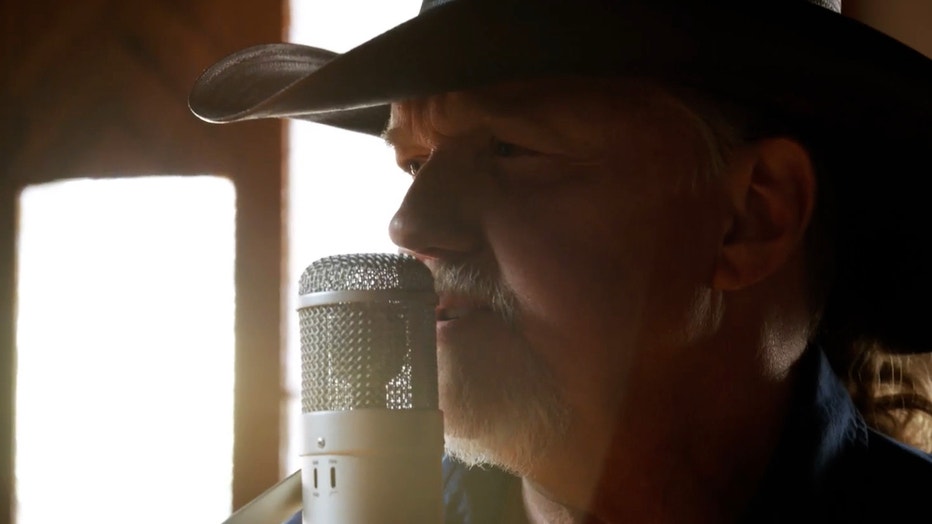 There was so much drama in this episode, it only left room for two musical numbers! And while there’s something to be said for the over-the-top camp of Nicky and Gigi’s take on the Miranda Lambert/Carrie Underwood duet "Somethin’ Bad" (in which Nicky wears a hairstyle that delivers "‘70s glam meets early aughts bedhead with a soupçon of Loretta Lynn for the history buffs"), simplicity once again wins out this week.

The Dolly Parton Story: From Rags to Rhinestones (2020): This one-hour documentary traces Dolly Parton’s journey from a childhood sharing a bed with several of her 12 siblings (and wearing a certain coat of many colors) to country music fame and mainstream superstardom. Rated TV-PG. 54 minutes. Documentary. Dir: Finlay Bald. Featuring: Dolly Parton, April Watts.

"The Dolly Parton Story: From Rags to Rhinestones " is streaming free on Tubi — get the app

How to watch "Monarch"

"Monarch" airs Tuesdays at 9 p.m. EST on FOX. If you’d prefer to stream, you can boot-scoot on over to FOXNow or watch via Hulu.