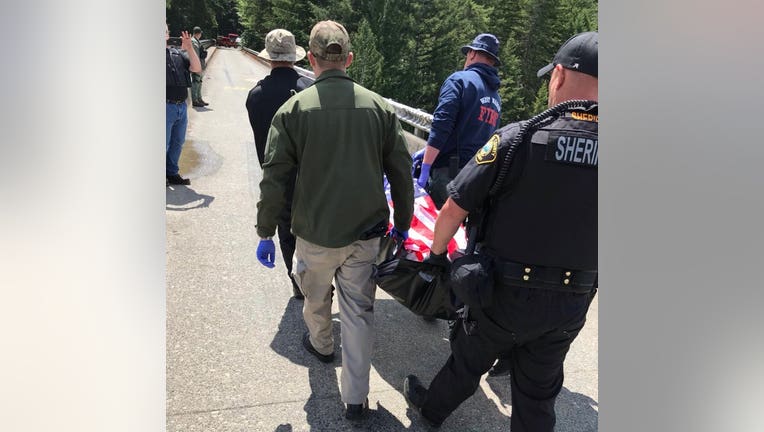 MASON COUNTY, Wash. -- Crews on Thursday recovered the body believed to be a soldier who went missing while on a hike with a friend earlier this year.

The Mason County Sheriff's Office and more than 150 soldiers from Joint Base Lewis-McChord searched for the missing man back in April.

Investigators said he got separated from a friend while hiking near the High Steel Bridge. They said evidence suggested that he fell from the cliffs into the river. No foul play was suspected.

JBLM told Q13 News they believe the body is that of the missing man. His identity will not be released until it is confirmed by the medical examiner.

"Missing Soldier from 4/7/19 (High Steel Bridge fall) will be going home! Significantly lower water levels allowed our teams to find and recover him today. Thank you team for your work and for honors rendered."