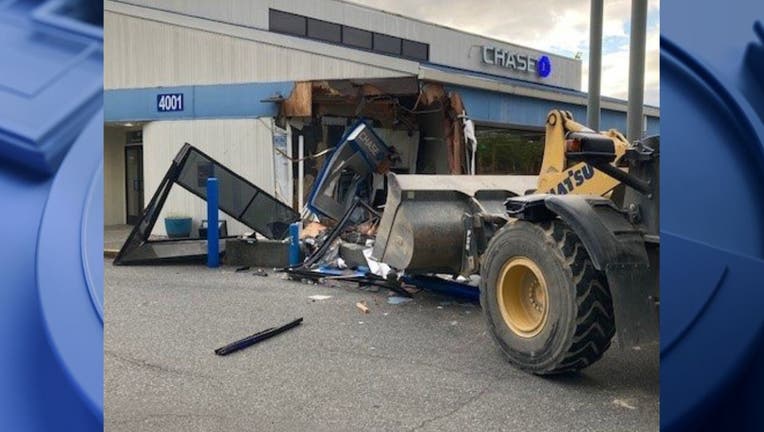 LYNNWOOD, Wash. - Police are searching for a burglar who smashed the side of a bank with a stolen front-loader, and tried stealing money from the ATM Wednesday evening.

According to the Lynnwood Police Department (LPD), at around 7:15 p.m., witnesses saw a man crashing the front-loader into the Chase Bank building at 4001 Alderwood Mall Boulevard. Witnesses say the man rammed the corner of the building three times, tearing out the wall and scattering debris all over the parking lot. 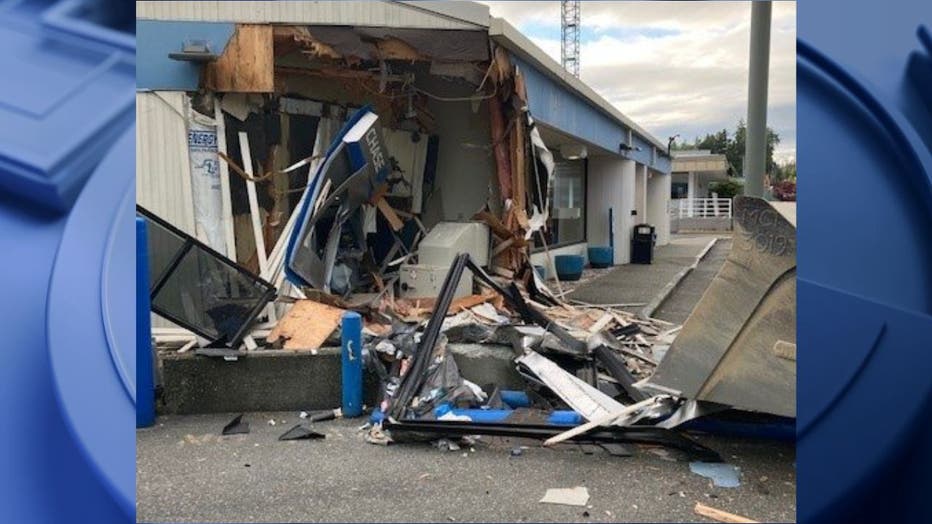 Witnesses told police that the suspect tried getting inside after creating a gaping hole in the building, then he took off running.

Authorities say when they arrived to the scene, they found the ATM, but no money was stolen. Officers deployed a drone and a K-9 team to search for the suspect, but he got away. However, police did recover a sweatshirt believed to have been worn by the suspect.

It was determined that the construction front-loader was stolen from a nearby construction zone along 196th St. SW and 44th Ave. W. It has since been returned.

Authorities say the suspect is described as a white man in his 30s, standing at around 5’9", with a slim build and black hair. Witnesses say he was wearing a green hoody, jeans and possibly slippers.

Anyone who witnessed the incident or has information that could help police locate the suspect is asked to call the LPD at 425-670-5600.

Two suspects, who police believe are responsible for nearly 60 smash-and-grab ATM burglaries, were arrested Friday, according to The Seattle Police Department (SPD).