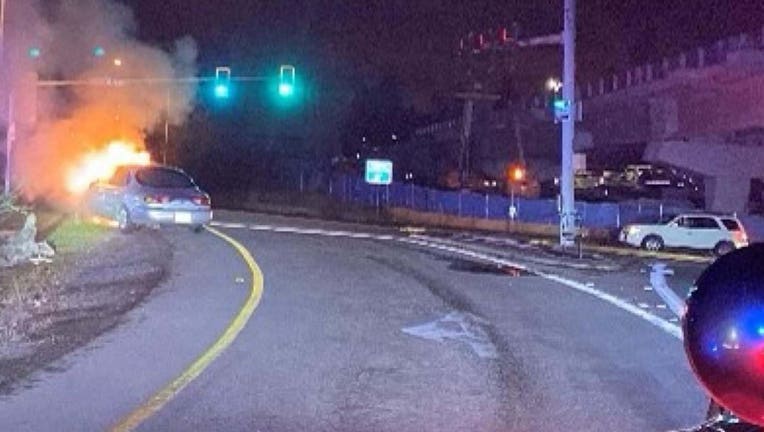 LYNNWOOD, Wash. - Lynnwood Police say a woman shoplifted from a store, crashed through a patrol car, and then was driven away by an unaware passerby who believed she needed help.

Police say a woman was allegedly trying to shoplift from the Fred Meyer on 196th Street and 44th Avenue. A loss prevention employee stopped her, and she pepper sprayed them, then ran out the door.

Officers arrived and saw her get in a car and drive away. They ordered her to stop, but she sped off, hitting a patrol car.

Police say a short time later, officers found that same suspect car on fire near I-5 and 220th Street. Police say officers learned a concerned person, who had no prior knowledge of the shoplifting, pulled over and picked up the suspect nearby to drive her to safety.

No one was injured in the incident, and police have not determined how the car caught fire.

The suspect has not yet been identified.

READ MORE: Missing 5-year-old's sister says Oakley Carlson 'is no more,' was told by mother not to speak of her