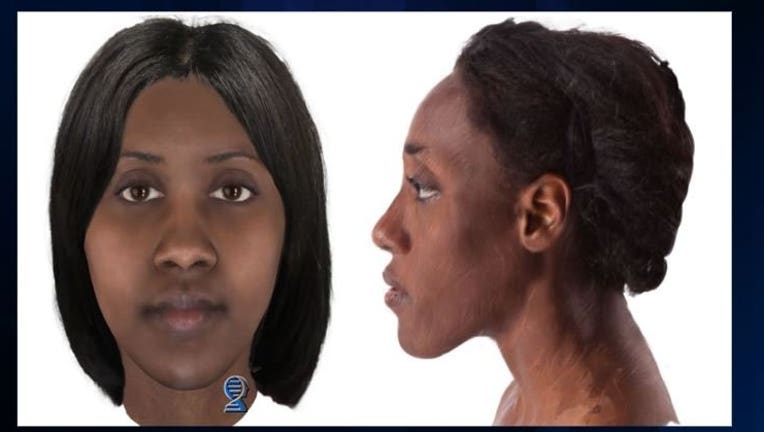 LEWIS COUNTY -- The Lewis County Cold Case Task Force is asking for your help to solve a mystery as they try to identify the woman pictured above.

Her skeletal remains were found in 2011, but recent advances in DNA analysis have helped investigators create a much more accurate profile of how she may have looked and now they just need to know who she is and how her body ended up dumped on the side of a highway.

The flyer below is called a Snapshot DNA Analysis. It was created by Parabon NanoLabs, the same company that has recently helped law enforcement solve murder mysteries in Tacoma and Snohomish County. Lewis County Prosecutor Jonathan Meyer and the cold case task force he started with the sheriff's office are hoping the image will help someone put a name to her face. “This is an actual genetic test that gets down to the bottom of where our victim came from, so we`ve learned she`s most likely of Somali descent, which is a huge difference in what we originally had,” said Meyer. 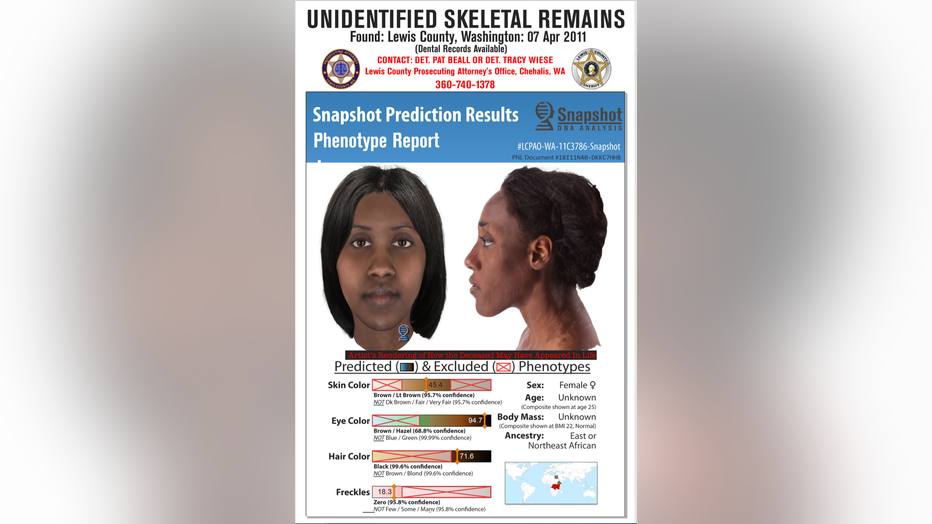 Below is the original composite that was created by a forensic artist. At the time, she was believed to be Caucasian with some ethnicity, but now the new analysis shows she had brown to light brown skin, brown eyes and black hair, was petite and between 16 and 26 years old. “We don`t know if she was living here? If she was in transit somewhere else? We don`t know where she came from? We don`t know where she was going? That`s part of what we`re hoping to get some leads on,” said Meyer. 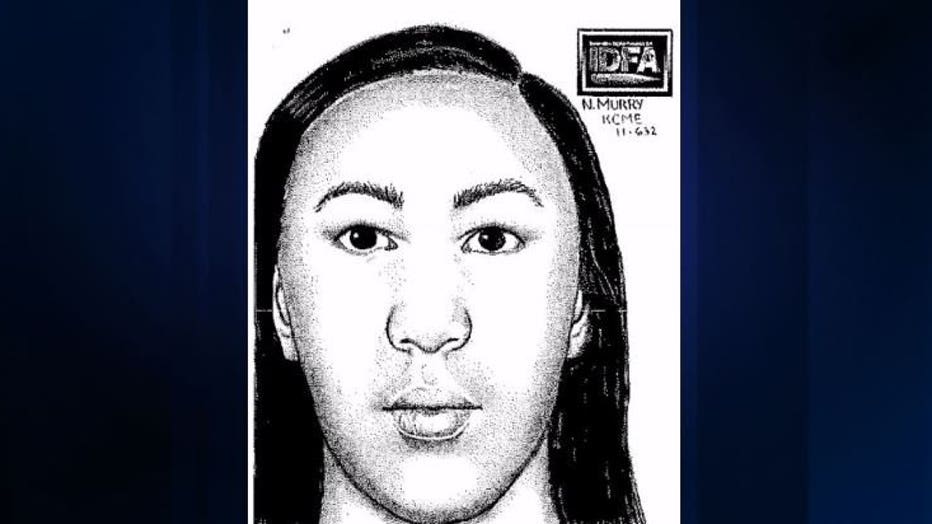 The woman's remains were found on April 7th, 2011 in the area you see on the map below, just west of Morton along Highway 12, several hundred yards off a logging spur. “It looks from the scene, the investigation, that the body, or the remains were transported to this location from another area,” said Lewis County Sheriff’s Chief Dep. Bruce Kimsey. He was one of the detectives who responded to the scene which is in a fairly remote area. “Our personal opinion is that this person, our victim is not from Lewis County, so therefore, some of the obstacles is trying to find, search out wherever this person came from in the United States and get that information, so we can solve this case,” said Chief Dep. Kimsey. 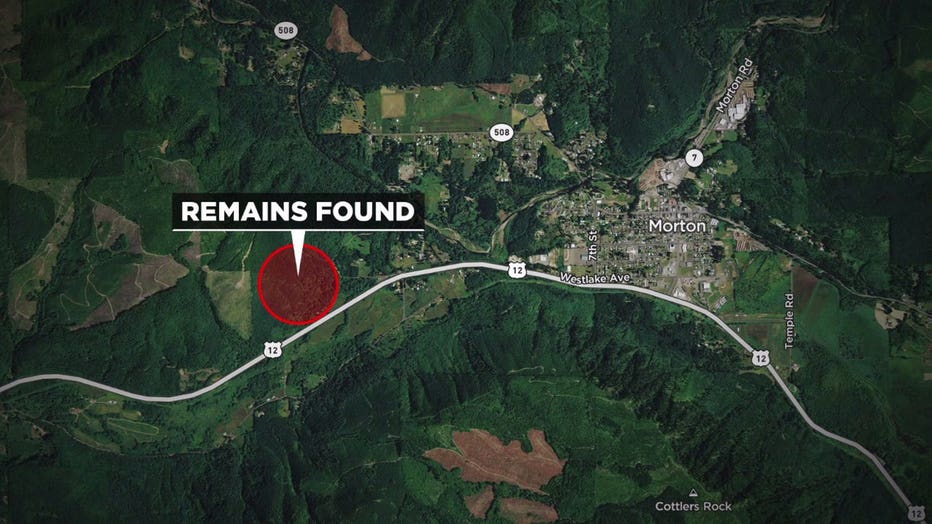 That brings them back to Snapshot DNA Analysis confirming the woman was of east African, or most likely, Somali descent. “The Somali community tends to be very close-knit, so what we`re hoping is that with the exposure of this show and other information that we`ve published, that someone from the Somali community will step up and help us,” said Meyer.

Based on some evidence at the scene, they think there may be a military connection to what happened to her, but do not want to reveal too much to keep from jeopardizing the investigation.

“I think victims, whether we know who the family is or not, victims deserve the answer. Also, Lewis County is a very close-knit community. Lewis County deserves an answer. We want to know if someone has been victimized within Lewis County, we want to know and we want to hold that person accountable. And, accountability`s the last piece, in that, someone did these crimes and if we can find who they are, they need to held accountable. You don`t just get to kill people and walk free, so our goal is to figure out what happened, why it happened and who did it, so we can hold them accountable,” said Meyer.

If you have any information that can help identify this woman and solve this case, please contact Lewis County Cold Case Task Force Detectives Tracy Wiese, or Pat Beall at (360) 740-1378.

I also hope WMW viewers will share this story with everyone you know in the Somali community.