Rise in animal cruelty cases in 2020

The King County prosecuting attorney’s office had filed 19 animal cruelty cases so far this year, including 12 counts of first-degree felony animal cruelty, The Seattle Times reported. The office filed nine cases in 2019 and 10 in 2018.

Deputy Prosecuting Attorney Tali Smith said Monday that she is in the process of reviewing another case this week and expects to see at least three more cases in the coming weeks.

“It’s concerning when we’re filing (more cases) in one month this year … than (all of) last year, and we’re concerned about these animals and the neglect or violence they’re suffering from,” Smith said.

“My guess is that the pandemic has been hard on a lot of people, both in terms of their resources (and) their mental health,” Smith said. “And so it’s kind of a pressure-cooker situation. You have people that are angry (and) they’re at home a lot. That anger can be taken out on an animal.”

A West Seattle man faces 17 animal cruelty charges after police arrested him in October for possessing and over 200 animals living in harsh conditions, some animals found deceased.

Smith added, however, that there’s no definitive evidence of the coronavirus pandemic’s effect on animal abuse cases.

“It’s just what we know about people, what we know about violence and these cases,” she said. “And we’ve seen violence increase in the other areas of our office, so it makes sense that with this other vulnerable population, we also see an increase.”

The Animal Legal Defense Fund, which aims to protect animals in the legal system, said animal abusers are five times as likely to also harm people. The organization references a 2013 study that found 43% of people involved in “school massacres” have also committed violence against animals, usually dogs and cats. 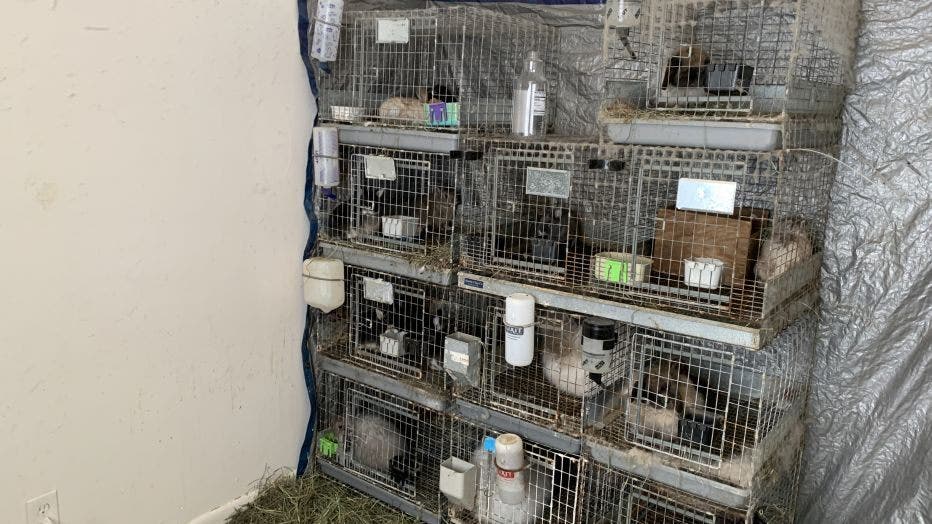 “This link makes it critically important that cruelty toward animals be taken seriously by law enforcement, and by society at large,” the fund said on its website. “This is for the sake of the animals themselves, and for people who are also at risk.”

The prosecuting attorney’s office filed 1,103 felony domestic violence cases between January and October, including assaults and homicides - an increase from the 983 cases filed during the same period last year.