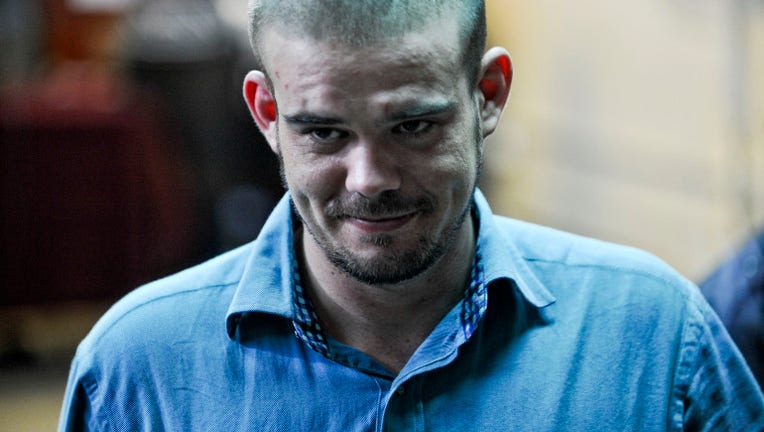 PERU -- Joran van der Sloot's wife says her husband was "seriously injured" in a stabbing at the Peruvian prison where he is serving time for murder, but a top prison official is calling her account an outright lie, according to reports.

Leidy Figueroa, the Dutch convict's wife, told RTL, a newsgroup in the Netherlands that is also a CNN affiliate, that van der Sloot was stabbed twice.

She further claimed that after visiting him Sunday at the maximum-security Miguel Castro Castro Prison, where he is serving a 28-year sentence, she smuggled his bloody polo shirt out of the facility, RTL reported.

Van der sloot was stabbed in the shoulder and in the waist, and both wounds were about 2 centimeters (three-quarters of an inch) deep, she told RTL.

He continued with an assault on her character, telling Peru's Channel N, "For starters, no woman in her right mind goes to a maximum-security prison and marries the biggest killer there."

Van der Sloot was convicted in 2012 of robbing and killing Stephany Flores. He has been linked to the disappearance of American teenager Natalee Holloway, who vanished in Aruba in 2005.

Earlier this year, he married Figueroa at the notorious Lima, Peru, prison where he's an inmate. Van der Sloot is expected to become a father in September when the Peruvian woman gives birth to their child, lawyer Maximo Altez told CNN in July.

Once Van der Sloot is eligible for release he's expected to be extradited to the United States to face charges related to the Holloway case.

The Alabama 18-year-old was last seen leaving an Aruba nightclub in 2005 with van der Sloot and two other men.

Van der Sloot was indicted on federal charges of extortion and wire fraud after American authorities accused him of extorting money from Holloway's mother by offering bogus information about her daughter's disappearance.