The FDA is warning people not to take the drug ivermectin, used to treat parasites in livestock, to treat or prevent COVID-19.

Calls for ivermectin poisoning saw a 163% uptick throughout the United States from 2020 to 2021, according to data collected by the American Association of Poison Control Centers.

In August 2021 alone, there were a total of 459 calls for ivermectin poisoning made to call centers across the country, which is a significant increase compared to the 58 calls made in the same month last year.

The data also showed that the calls made among men and women were virtually the same percentage, with women making 49.5% of the calls and men at 49.3%.

Despite strict warnings from federal health officials, consumers around the country are still trying to get their hands on a drug commonly used to treat or prevent parasites in animals in an unproven attempt to protect themselves against the coronavirus. 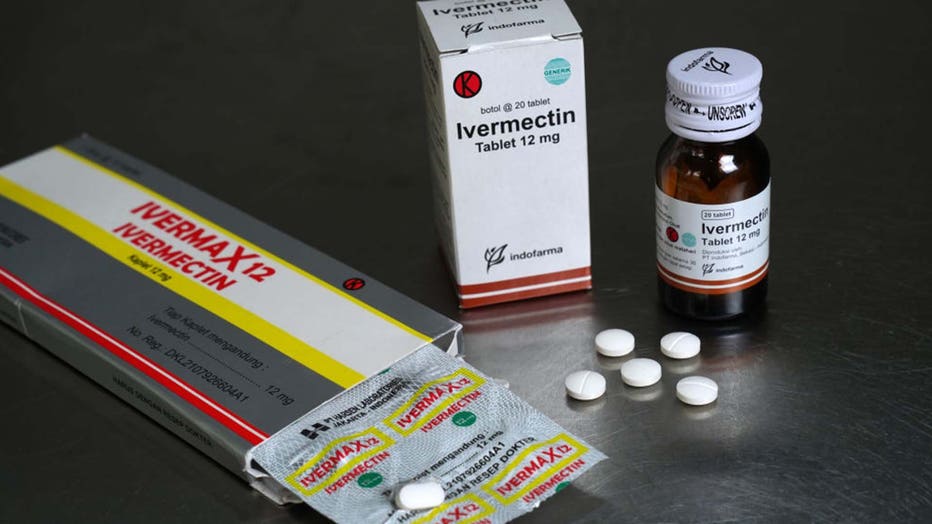 RELATED: 'Stop it': FDA warns ivermectin is not a COVID-19 treatment drug

The U.S. Food and Drug Administration has warned the public against using the anti-parasitic drug to treat COVID-19, saying there is no proof it works to combat the virus.

RELATED: CDC sees ‘rapid increase’ of severe illnesses from ivermectin use for COVID-19

The CDC also said since early July 2021 ivermectin prescriptions rose sharply to a 24-fold increase from pre-pandemic levels. The drug, ivermectin, has been reportedly flying off stores shelves in multiple states, including Texas, Oklahoma, Mississippi and Arkansas.

At least 2% of recent calls to the Mississippi Poison Control Center were about people ingesting ivermectin, with 70% of those calls being about livestock or animal formulations of the anti-parasite medicine purchased at livestock supply centers, Mississippi Department of Health officials said in late August.

"Patients should be advised to not take any medications intended to treat animals and should be instructed to only take ivermectin as prescribed by their physician," Mississippi State Epidemiologist Dr. Paul Byers wrote in a memo. "Animal drugs are highly concentrated for large animals and can be highly toxic in humans."

This week, the American Medical Association and two pharmacist groups urged physicians, pharmacists and other prescribers to warn patients against using ivermectin, a decades-old drug used to killed worms and other parasites in humans and animals.

Large studies are underway in the U.S. and overseas to determine if the drug has any effect on preventing or reducing the effects of COVID-19. Ivermectin has been promoted by Republican lawmakers, conservative talk show hosts and some doctors, amplified via social media to millions of Americans who remain resistant to getting vaccinated. It has also been widely used in some other countries such as India and Brazil.

The FDA has approved ivermectin in both people and animals for some parasitic worms and for head lice and skin conditions.

Dr. Amesh Adalja, an infectious disease expert at Johns Hopkins University, said most of the research around ivermectin at the moment is made up of anecdotes and studies that are not the gold standard in terms of how to use ivermectin.

The Associated Press and Chris Williams contributed to this report. This story was reported out of Los Angeles.