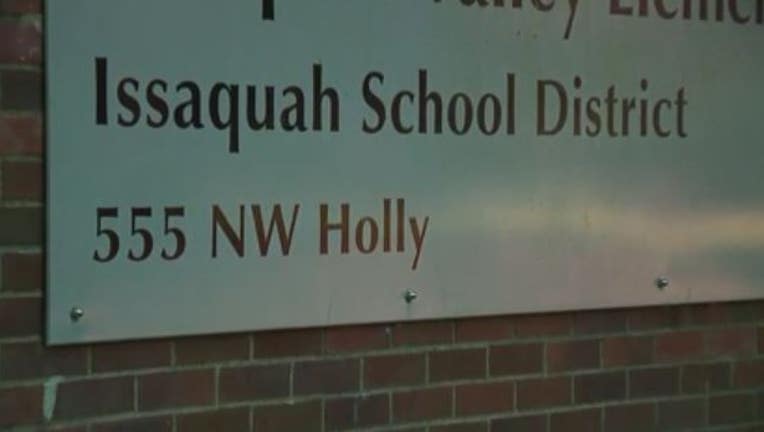 ISSAQUAH,Wash. - A suburban Seattle school district this week agreed to pay $4.25 million to settle a lawsuit that accuses a former middle school teacher of sexually assaulting his student for nearly a decade.

According to the lawsuit, drama teacher Richard Buckley started "grooming" Courtney Dennis, when she was about 12 years old in the late 1990s at Issaquah Middle School.

Buckley was never criminally charged, and the statute of limitations has elapsed. In 2003, he was convicted of molesting Dennis’s younger sister.

"I’m glad it’s over," Dennis told The Seattle Times in an interview Friday. "I’m so thankful to (my attorneys) — they fought so hard to seek justice for my family and I."

Filing the lawsuit, she said, has been an important part of her healing process.

Darrell Cochran, one of the attorneys representing Dennis, said the settlement is indicative that the Issaquah School District recognized how badly it behaved and how badly Courtney was injured.

The Issaquah School District said in a statement Friday that the "decision to settle was made considering a number of factors, including providing compensation for a severe breach of trust by a teacher at the time."

While Issaquah School District denies any negligence by the district, it acknowledges that settling is a better solution for everyone involved, the statement also said.

According to the suit, Buckley was hired in 1992 and would often give female students rides home, hold group meetings with students at his house and stay with them after school, sometimes past dinnertime.

When teachers and parents complained to the district, the lawsuit says, officials disregarded the concerns because Buckley had "curried favor and protection from the administrators as a ‘talented’ teacher who was destined to take the drama department to great heights."

When Buckley met Dennis, her parents were divorcing, and he "recognized the weakness in the avenue of access to (her and her sister)," Cochran said. In 1998, Buckley started driving Dennis and her younger sister home from school almost every day, and the sexual assaults began after that, continuing before, during and after school, the lawsuit says.

In 2003, Buckley was convicted of first-degree child molestation of Dennis’ younger sister and was sentenced to 4-and-a-half years to life in prison, The Seattle Times reported at the time. He served about seven years before being released, and is now living in Renton, Cochran said.

"From sworn testimony I took two weeks ago, he showed an understanding of how horribly he hurt our client," he added.