Most notably, he’s calling for $1.2 billion in new money for public schools to fulfill the State Supreme Court mandate.

“We have a constitutional obligation, a paramount duty, to provide for basic education,” Inslee said Thursday, flanked by a handful of students from Seattle’s Cleveland High School.

To find the money, Inslee is prepared to take on some powerful special interests.

“To govern, it is said, is to choose,” Inslee said.  “I believe we should all choose education over tax breaks.”

“We are going to impose accountability measures to assure that we have strong outcomes,” Inslee said.

To pay for the new spending, the governor proposed ending over $500 million in so-called tax breaks, including for oil companies, telecoms, and commercial real estate. Inslee 's plan also finds money by keeping a tax on beer that is set to end this June.

The amount raised over two years would be $128 million, a small part of which the governor admits will come from him.

“I will be a proud participant in the continued payment of investment in our schools through this beautiful amber nectar of the gods,” Inslee said to a room full of laughter.

During last year’s election Inslee did talk about closing tax loopholes, but he also promised to veto any tax increase.

“I’m disappointed,” said Sen. Mark Schoesler, R-Ritzville, who is the Republican leader. “I believe no taxes means no taxes.” 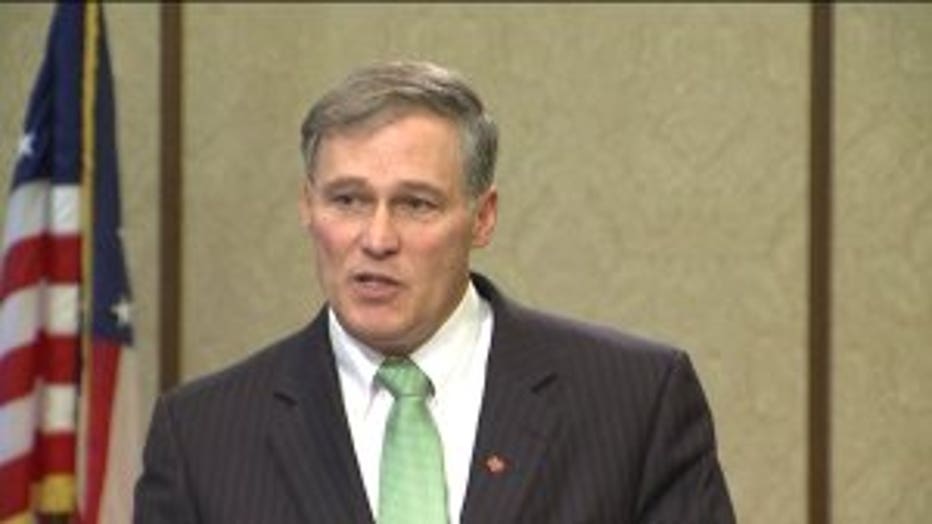 “This tax package just kicks a lot of job creators right in the shins today,” he said.

“I’m doing exactly what I said during that campaign,” said Inlsee.  We are not increasing general taxes for Washingtonians.”

The announcement came with a  tempered reactionfrom the State’s Schools Chief, Randy Dorn.

“This is what you would call a medium size down payment, not the full down payment,” he said.  “It’s going to be more money those next four years.  So, I’m concerned about that.

In addition to money for education, the governor is also proposing some new spending on homeless services, on state parks, and on clean energy.