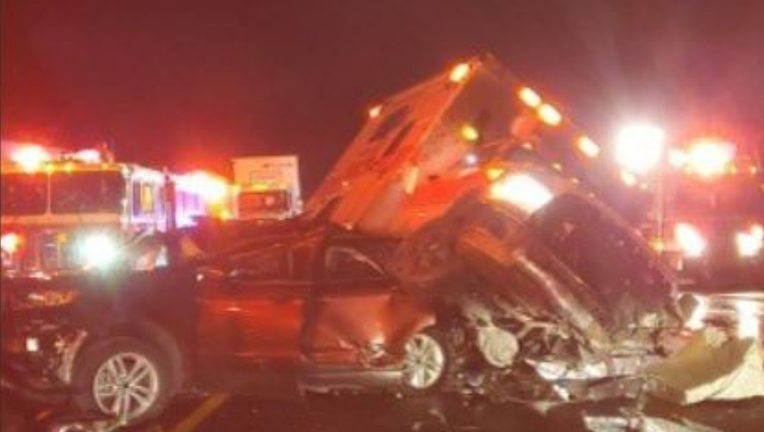 NORTH BEND, Wash. - A 36-mile stretch of I-90 reopened Thursday morning after several vehicles were involved in a rollover crash Wednesday night.

The crash happened before 10 p.m.  and closed both directions between North Bend and Easton.

A semi-truck traveling westbound struck concrete jersey barriers, which were pushed into the eastbound lanes, and rolled over on its side.

The crash caused three vehicles to crash into the barrier and into each other.

Bryan said there were minor injuries in the crash.

All Washington State Patrol units cleared the scene by 4 a.m.

Both directions reopened at about 4:30 a.m.