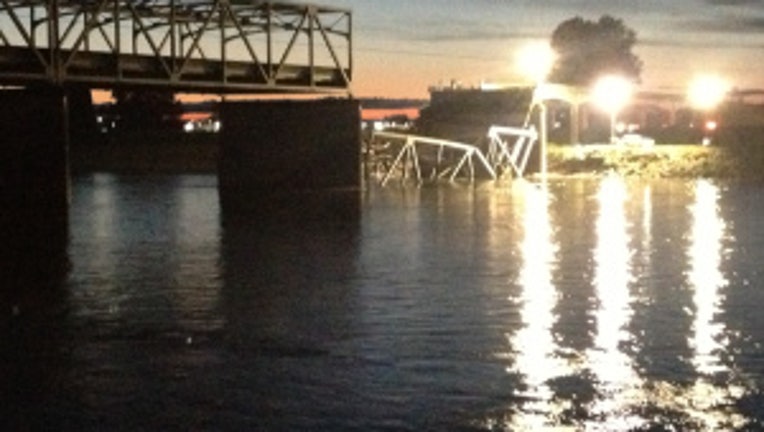 MOUNT VERNON -- The most shocking news of all is no one was seriously hurt or killed.

The Washington State Patrol believes a southbound truck carrying an over-sized load struck the bridge just before 7pm Thursday causing the northern most portion of the bridge to collapse into the river.

At least two cars and a travel travel trailer fell into the water along with the bridge span.

Three people had to be pulled from the wreckage of the bridge and were taken to the hospital with minor injuries.

Longtime residents say they heard a crashing sound and then the lights blink several times. When they got to the bridge they couldn't believe what they saw.

The bridge carries around 80,000 vehicles a day and is a main thoroughfare between Mt. Vernon and Burlington.

The Washington State Department of Transportation is working to determine what it will take to repair the bridge, how long it will take and how much it will cost.

In the meantime detours and being planned so drivers can make it around the damaged bridge until it can be repaired.