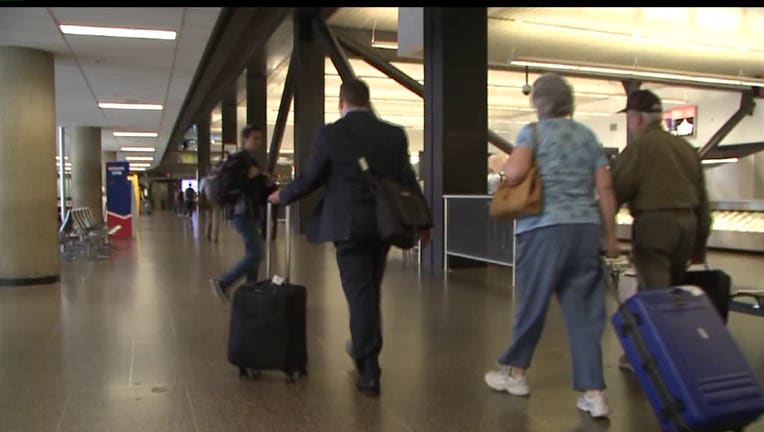 SEATTLE -- Two cases of MERS, or the Middle East Respiratory Syndrome, have been confirmed in the United States -- one in Indiana and the other in Florida. But health alerts are to be posted Wednesday in 22 U.S. airports informing travelers about the virus and its symptoms.

The virus was first detected in 2012 and it has about a 30% mortality rate.

“I should probably educate myself on how serious it is,” traveler Monica Trace said.

The CDC instructed 22 airports to post the health advisory, warning people especially those traveling to and from the Middle East to watch for symptoms.

“Many people with MERS have developed severe respiratory illness where they have had high fevers, pneumonia, difficulty breathing and pain in their chest,” Washington Health Department spokeswoman Marisa D’Angeli said.

MERS is an illness in the same family as the SARS virus and the common cold.

Unlike SARS, it is less contagious.

“I guess I kind of cringe and hope for the best,” traveler Mike Hollob said.

The two MERS cases confirmed in the United States are both health care providers who traveled to Saudi Arabia. Now, two other people in Florida who came in contact with a MERS patient are being monitored closely.

Travelers say the alert is helpful, but the question is how do you stay safe?

And what do you do when the person sitting next to you is sick? 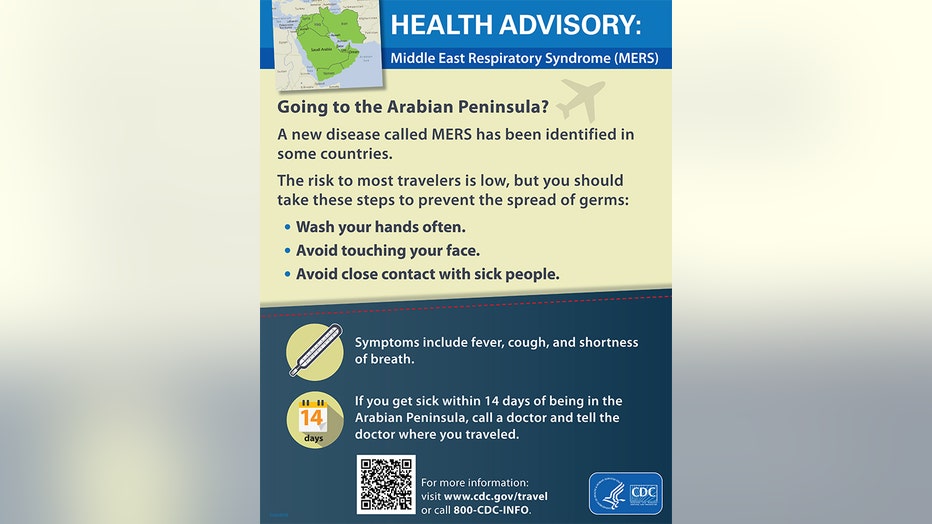 “I would probably stay quiet but lean away from them to try to avoid exposure,” Judy said.

“I kind of make a face sometimes if someone sneezes and they don’t cover their mouth. I have said something to someone before,” Trace said.

“We learned in kindergarten to put your arm over your face so that should be a simple process for everybody,”  traveler Ellen Buffington said.

There have been more than 500 cases of MERS worldwide in the past two years. The illness is believed to be transmitted possibly from camels or bats.

Doctors say the risk to the public is still low they just want travelers to take extra precautions.