CHICAGO - Vice President Kamala Harris on Tuesday urged Chicago union members to share their experience receiving a COVID-19 vaccine and act as "role models" for family and friends who may be reluctant even as Illinois prepares to open access to all adults.

After touring the site, Harris spoke to union members and said the site was "a model for the country." She told a group of vaccinated union members that their next task is encouraging others to receive a vaccine once eligible. 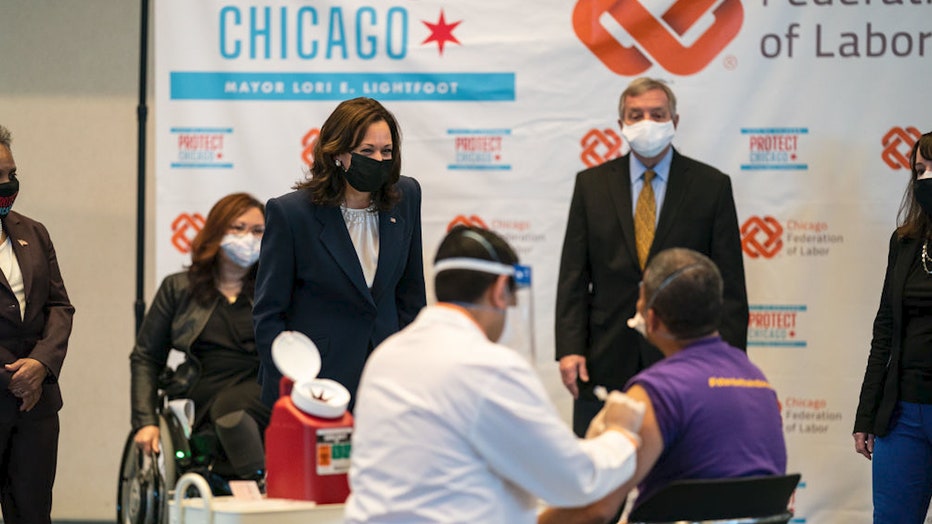 RELATED: Biden moves COVID-19 vaccine eligibility date for all US adults up to April 19

"We’re all here to make a statement we understand the significance of getting vaccinated, that it’s bigger than us," she said. "We are doing it because we know this is a room of role models and people look to you to see how things should be done."

Illinois health authorities reported 2,931 confirmed and probable cases of COVID-19 on Tuesday and 13 additional deaths. Since the start of the pandemic, Illinois has reported more than 1.2 million cases and 21,395 deaths.

President Joe Biden previously set May 1 as the deadline for states to make all adults eligible but announced Tuesday that he wants states to act by April 19.

Chicago officials previously planned to wait until May to take that step. Mayor Lori Lightfoot said Tuesday that the city will meet Biden's new deadline but added that she hopes the number of vaccines supplied by the federal government will increase.