CHICAGO - For better or for worse, David Gordon Green’s first crack at "Halloween" arrived with a clear sense of purpose. Co-written by "The Righteous Gemstones" creator/star Danny McBride, the 2018 "Halloween" operated on two principles: Brutal humor, and sledgehammer-subtle commentary on "trauma." That film was received warmly, so the crew doubled down on the combination with "Halloween Kills" in 2021. That was… less successful.

So now the last film in Green’s trilogy, "Halloween Ends," limps into theaters (and onto Peacock) with its head low and its attitude repentant. Compared to "Halloween" and "Halloween Kills," "Ends" cuts out much of the humor and gore — and yes, the trauma — in favor of something "different." And the lethargy of a David Gordon Green "Halloween" movie that doesn’t lean on any of those things reveals how shallow this team’s take on the series was in the first place.

"Halloween Ends" adds two new, untested screenwriters to the writing team of Green and McBride, and there are parts where you can read between the lines and see the attempt to zig where "Halloween" and "Kills" zagged. If a minor character in "Halloween Ends" is a jerk, that person will inevitably meet their end at the hands of Michael Myers. Now, none of them are as amusingly terrible as in previous films, because someone, somewhere down the line decided that this film was going to do something else. (What else is unclear.) But the basic formula remains intact. 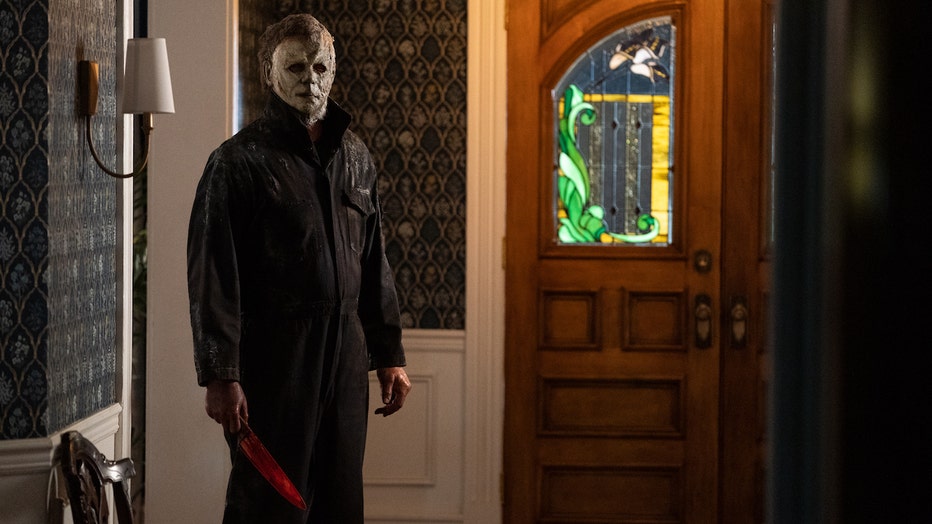 Michael Myers (aka The Shape) in Halloween Ends, co-written, produced and directed by David Gordon Green.

Similarly, if a citizen of Haddonfield steps out of the shadows to chide a character about how they’re forgetting the real victims in all of this, that person must be removed from the frame as quickly as possible, before they taint the film and make it as sloppy as "Halloween Kills." (It’s still sloppy, but in that all-important different way.) If a movie is made in the editing room, a messy one is made in reshoots. And "Halloween Ends" stinks of second guesses and studio notes, to the point where its characters and their motivations — not to mention the dialogue, timeline, geography and themes — are rendered incoherent.

The howling void where self-righteousness once was is especially cruel to Laurie Strode (Jamie Lee Curtis), who’s now the pie-baking grandma she said she could never be in Green’s last two "Halloween" movies. Apparently, the fastest way for a character to recover from decades of trauma is for someone to make a supercut making fun of that arc, as within the first 15 minutes of "Halloween Ends" Laurie announces in voiceover that she let the evil of Michael Myers control her for far too long.

"I decided not to let fear rule my life anymore," she tells the audience. And although Curtis’ love for the character is evident in those little moments where she does get to shine — or stab, as the case may be— the effect is less hard-won victory, and more hasty rewrite.

WATCH FREE ON TUBI: Jame Lee Curtis in the horror classics "Prom Night" and "Terror Train" — get the app 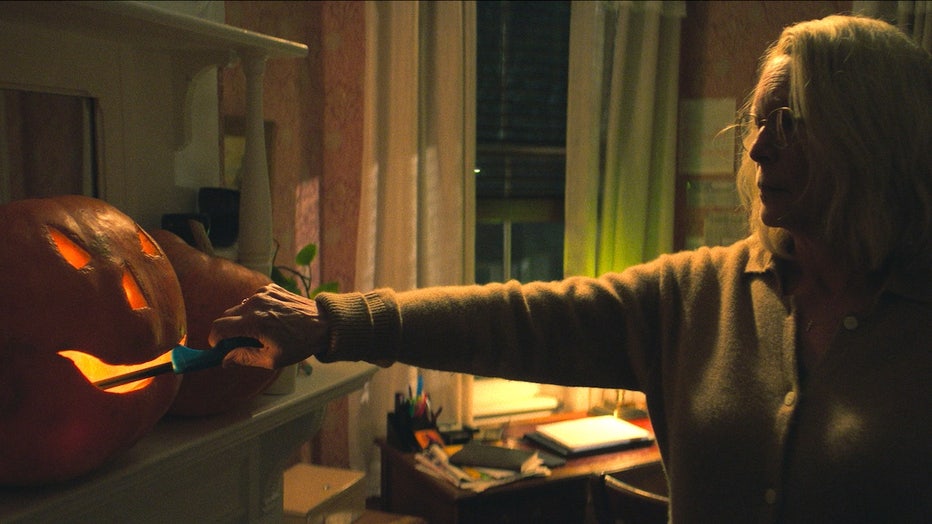 In fact, the movie seems so embarrassed about the whole "trauma" thing that it swings in the opposite direction, allowing multiple characters — including Laurie’s granddaughter Allyson (Andi Matichak), who was there for the previous two films and knows that none of this is true — to tell Laurie to her face that Michael Myers’ return was all her fault. The reactionary turn towards victim-blaming is distasteful, in the same way that a comedian saying that the "woke mob" is forcing him to tell racist jokes is distasteful.

But more than that, it’s just confusing. We saw the last two movies. Did the characters?

WATCH FREE ON TUBI: The iconic original "Hellraiser" — get the app

See "Halloween Ends" for: Well, the soundtrack is great

"Halloween Ends" does make an attempt at a statement on society or whatever, but it’s as muddled and indifferent as its characters. With the town pacified and the Strode storyline at a dead end, "Halloween Ends" introduces a new figure, hapless nerdy-hot babysitter Corey Cunningham (Rohan Campbell), as the vessel for its deep thoughts on evil and victimization. 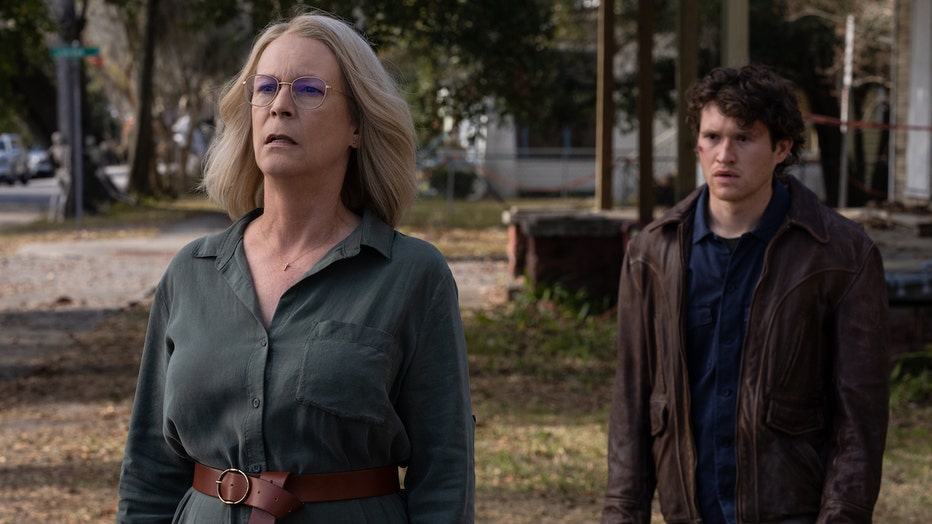 In the film’s cold open, Corey takes the blame for a tragic accident, an event that will come to define him in the eyes of Haddonfield going forward. (The film then fast-forwards from 2019 to "four years later," which technically hasn’t happened yet — again, this is a slipshod movie.)

Becoming an outcast, a "monster," in the eyes of the people will forever change Corey — in ways that actually prove the town right for shunning him in the first place.

Fans who enjoyed "Halloween Kills" did so mostly on the basis of its kill scenes, which did indeed satisfy the lust for brutality that drives a certain type of horror movie. Those fans will be disappointed as well, as "Halloween Ends" keeps the gory bits minimal. As with the whispers of the previous films’ sick sense of humor and self-righteous grandstanding, there are moments that suggest that this film may have been conceived, and maybe even shot, in a much bloodier form: At one point, a cocky DJ’s sliced-off tongue causes an LP of The Cramps’ "Songs The Lord Taught Us" to skip as it rides the grooves of "I Was a Teenage Werewolf." (One thing this film does have going for it: The best jukebox soundtrack this side of a Rob Zombie flick.) 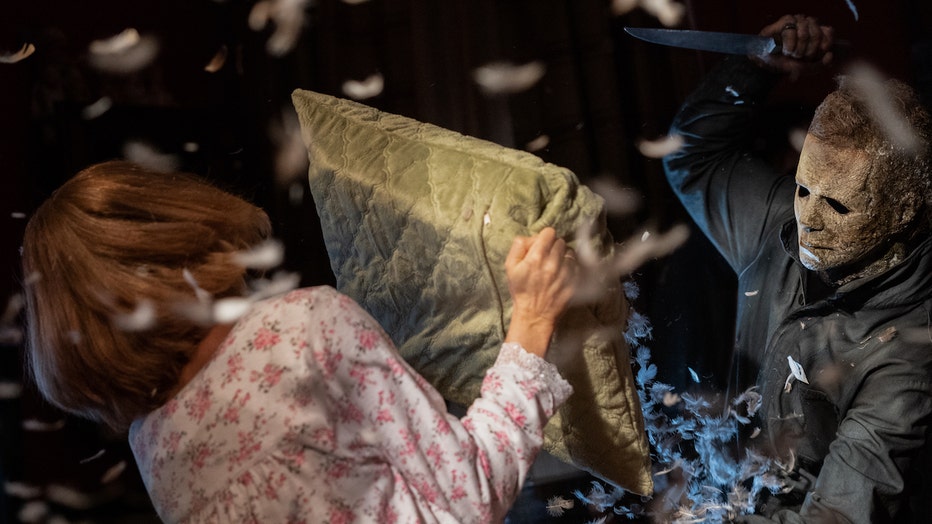 But the bloodshed, and body count, of this film is relatively tame for a latter-day "Halloween" movie, and Michael Myers lurks in a literal sewer pipe like an earthbound Pennywise for the first hour of this nearly two-hour film. When he does emerge, he’s reduced to sidekick status in ways that make very little sense, in or out of context. But that’s just one complaint of many; which one will make you want to scream with frustration will vary on the individual.

WATCH FREE ON TUBI: Tim Curry’s nightmare-fuel performance in "Stephen King’s It" — get the app

For this writer, the greatest sin of "Halloween Ends’" isn’t that it makes no sense, or that much of the dialogue plays like it was written by an A.I. that needs a couple more updates before it sounds fully human. It’s not even that it has none of the courage of the previous film’s convictions, as wooly-minded as they may have ended up being.

No, its biggest problem is that it’s boring. While Michael is hiding out in the sewer, "Halloween Ends" spends most of its time developing a chemistry-free romance between Allyson and Corey, which Laurie opposes on the grounds that his eyes remind her of Michael’s. This character-driven plot line drags on so interminably that by the time the film does get around to staging the final confrontation that is its raison d’etre, that scene is stripped of its power as well.

RELATED: ‘I Spit on Your Grave’ and its Final Girl legacy

In a more competent — or at least, less compromised — director's hands, maybe this attempt at a franchise-ender (which still leaves the door cracked for a sequel, should this film miraculously become a hit) might have worked. As it is, the"Halloween" movies go out (for now) on an unfocused, insecure note. Aimless and careless, "Halloween Ends" is the opposite of John Carpenter’s straightforward, impeccably crafted original, and it arrives DOA. Cause of death? A thousand cuts. 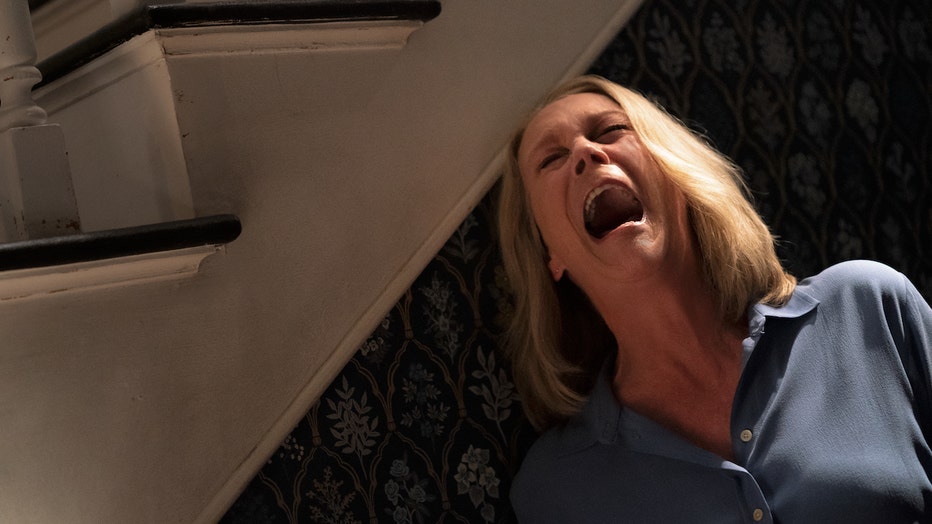 About the writer: Katie Rife is a film critic, programmer, and former Senior Writer of The A.V. Club. Her work has appeared in Rolling Stone, Vulture, and Indiewire, among other outlets.

Make it a double feature with "Shivers," streaming free on Tubi

One of the first films from groundbreaking body horror auteur David Cronenberg, "Shivers" (also called "They Came From Within," among other titles) includes an unusually direct warning at the end of its trailer: "If this film doesn’t make you scream and squirm, you’d better see a psychiatrist — quick." And honestly, that’s not bad advice. A scientist in a fancy apartment kills a young woman and then himself, a terrifying occurrence that’s only the beginning of the nightmare "Shivers" conjures. It turns out the not-so-good doctor was experimenting with a lethal parasite, one that turns its host into a bloodthirsty, sexually crazed human wrecking ball. Rated R. 87 minutes. Dir: David Cronenberg. Featuring: Paul Hampton, Joe Silver, Lynn Lowry, Allan Kolman, Susan Petrie.

How to watch "Halloween Ends"

"Halloween Ends" arrives in theaters and on Peacock on Friday, Oct. 14. Plans start at $4.99 a month, with some titles available only to premium subscribers ($9.99/month); the premium tier is also ad-free.