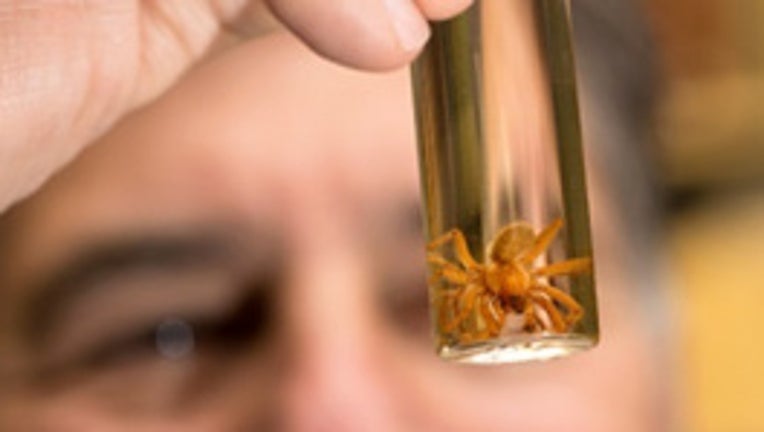 PULLMAN – People in the Northwest can take a sigh of relief as researchers confirm brown recluse spiders do not live in our area. A scientist at Washington State University wants to clear the dreaded spider’s name. Richard Zack said the spiders that live in our region are the hobo, wolf and giant house spiders.

"People often tell me they saw or they got bitten by a brown recluse,” Zack said.”But if it happened out here, it’s probably another species of spider they’re talking about.”

While a brown recluse’s venom can be toxic to humans, Zack says it’s very rare for the bite to turn into a serious flesh-eating condition. Just last month, the death of heavy metal guitarist Jeff Hanneman in Los Angeles was blamed on a flesh-eating disease caused by a brown recluse that bit him in a hot tub. A few days later, the cause of death was attributed to chronic liver failure. For the record, the brown recluse lives in the South and lower Midwest.

Zack said the spiders people in the Northwest should worry about are black widows and hobos, whose venom can make people sick.

"If someone gets bit, it’s usually defensive in nature,” Zack said.

The venom of those two species is not as threatening to humans as that of a recluse, he said. A black widow typically injects a neurotoxin that can make people feel sick as if they had the flu, according to the Washington State Department of Health website on venomous spiders. The venom of a hobo can produce a slow-healing wound around the area of the bite, the website says.

Zack stressed that the incidence of spider bites that actually inflict harm is quite low.