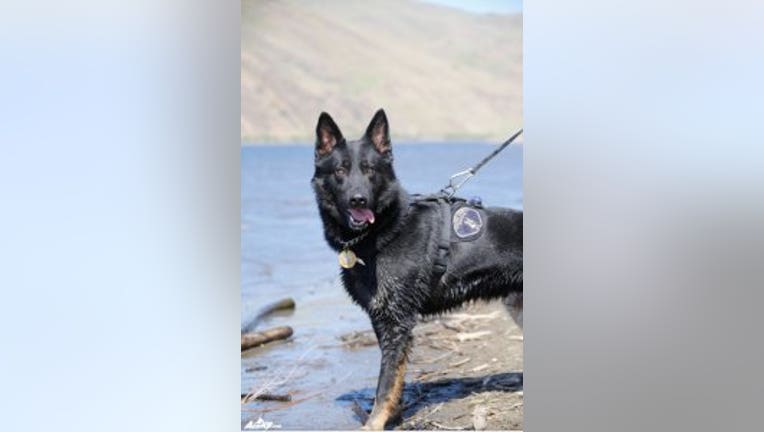 PIERCE COUNTY, Wash. – Every dog has his day but a Pierce County K9 had three in a row this week.

The sheriff’s office says K9 Zepp and his handler responded to reports of a hit-and-run crash in Parkland Monday night. One of the drivers tried to flee the scene on foot, but Zepp tracked the 32-year-old suspect in the nearby brush, and he was arrested.

Wednesday night, the pair were dispatched to Spanaway for calls of a residential burglary. Zepp tracked down three juveniles who were found with bolt cutters and other burglary tools.

Calls of domestic violence assault came the following day. A woman says she was attacked by her 29-year-old ex-boyfriend whom she had been avoiding. Within an hour, Zepp tracked the suspect down in a tent near the Puyallup River and he was arrested.