Three-year-old Malachi was born with spina bifida and his family says that seeing garbage pick up on Tuesdays is his favorite thing. Q13 reporter Matt Lorch and photojournalist Michael Driver bring you the touching story.

LYNNWOOD, Wash. - Raising a family during a pandemic is hard enough, but caring for a child who is medically fragile during these difficult times can be overwhelming.

Even in these times, something as small as a garbage pickup has lifted an entire Lynnwood family.

Three-year-old Malachi was born with spina bifida, and his family says that seeing garbage pick up on Tuesdays is his favorite thing.

Seeing the joy on his face on those days means everything to his family.

Malachi has spent more than half of his young life in the hospital. His first surgeries at Seattle Children’s came within hours of being born. He's had spine surgery, heart surgery, and lots of brain surgeries. 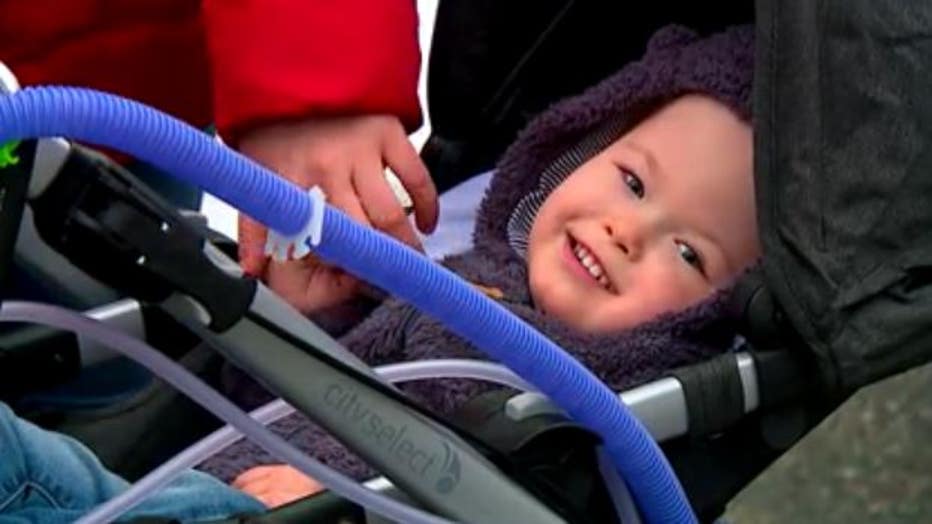 Even when he’s home, Malachi is hooked up to so many machines that it kind of feels like a hospital.

Still, he finds a way to smile, which may be the best medicine for his parents to help soothe the difficult reality they face every day.

"It’s challenging. It's hard to raise a kid like Malachi. It's not what you envision when you picture having a child, but it’s our story," his mother Whitney Stohr said.

While not a typical story, his parents say raising him, particularly during a pandemic, has changed the way they view these trying times.

"I really think a lot of it is outlook and I think that’s something that Malachi has really shown me, is that you don’t have to be out there, moving and shaking and going all these places to be happy. You can be happy at home," she continued.

One Tuesday, garbage collectors didn't just pick up trash-- they left something for Malachi as well.

Malachi got his own tiny trash bin and a replica garbage truck, courtesy of Seattle Children's and Waste Management.  They even showed up with a sign that said: "Hi, Malachi! Tuesdays are our favorite days because of you!" 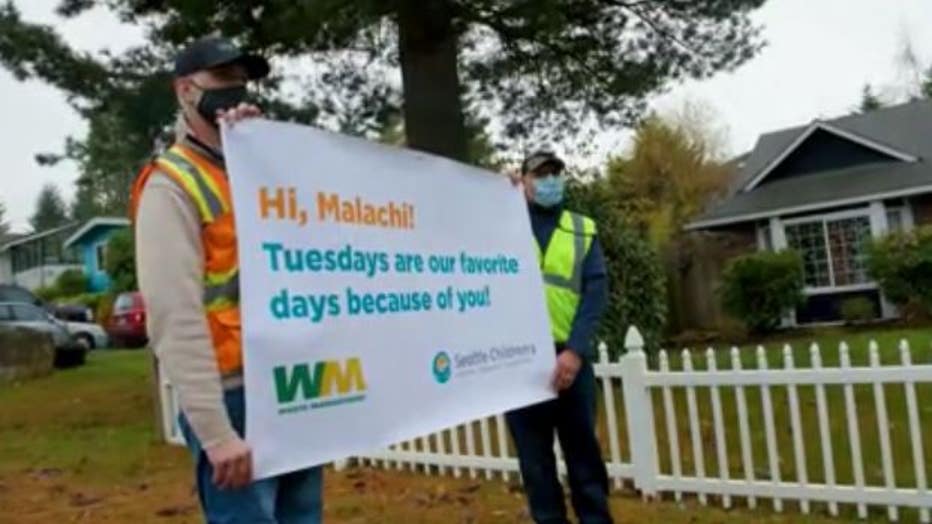 It was a small gesture with immense impact for one family.

Giving all of us a reason to love Tuesdays!